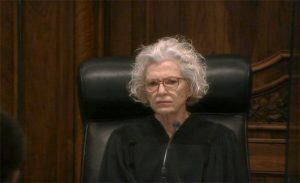 SPRINGFIELD – The rideshare company Lyft argued before the Illinois Supreme Court Wednesday, Nov. 10 that a 2014 state law protects it from being held liable for the criminal actions of one of its drivers who allegedly raped a passenger in 2017.

The case centers on the constitutionality of the state’s first law to regulate the industry, passed in 2014, and could have implications for the separation of powers between the legislative and judicial branches.

On those points, Attorney General Kwame Raoul filed a motion to intervene on behalf of Lyft that specifically addressed constitutional concerns.

The alleged rape occurred in July 2017 in Chicago, when the plaintiff, referred to in court filings as Jane Doe, used the Lyft app on her phone to schedule a ride after a night out with friends. She was picked up by Lyft driver Angelo McCoy, and fell asleep in the back of the vehicle, according to the court filing by her lawyer, J. Timothy Eaton, of Taft Stettinius & Hollister LLP.

But, instead of driving her home safely, “McCoy drove Jane to a dark and secluded alley, woke her, zip-tied her hands, and brutally sexually assaulted her multiple times at knife point,” the legal filing alleged.

When McCoy began to drive away, Doe escaped from the back of the vehicle to safety, according to the filing, which stated McCoy “had a criminal history spanning three decades.”

The Supreme Court was not asked to consider whether Lyft or Sterling could be held directly liable for negligence or fraud. Instead, the legal question is whether Lyft can be held “vicariously” liable for the acts committed by McCoy.

Key to the case is the 2014 Transportation Network Providers Act, passed on the final day of the General Assembly’s legislative session on Dec. 3 of that year.

According to court filings, that law was passed to regulate the nascent rideshare industry that had previously gone unregulated. Earlier in 2014, lawmakers sent a regulatory bill to then-Gov. Pat Quinn, but he vetoed it claiming that it would be overly burdensome to an emerging industry that could be beneficial to Illinoisans.

Lawmakers came back on the final day of the legislative session to approve the bill that would eventually become law, and Raoul’s legal filing quoted Rep. Mike Zalewski, D-Riverside, as calling the proposal a “half loaf” that provided less stringent regulations than the bill Quinn vetoed.

Discussion in legal filings centered on a specific provision of the Transportation Network Providers Act that states that rideshare drivers “are not common carriers, contract carriers or motor carriers, as defined by applicable State law, nor do they provide taxicab or for-hire vehicle service.”

Lyft argues that language differentiating Lyft from other “common carriers” means it is not subject to the same liability as a taxicab company – which is a common carrier, along with other modes of transportation such as airplanes and railcars.

One reason the General Assembly considered that differentiation, according to Lyft’s legal filing, is that while there’s anonymity to cab or bus drivers, Lyft passengers have all of their driver’s information, including name, picture and license plate, on their app.

“Lyft has enormous sympathy for Plaintiff, who alleges an injury no one should have to endure,” the company’s lawyers wrote in a legal filing. “As a matter of law, however, Lyft is not vicariously liable for such acts.”

“Precisely because sexual assaults are such heinous acts, they necessarily are not in service of an employer or principal and are outside the scope of employment or agency,” the lawyers wrote. “As such, Illinois law bars vicarious liability for sexual assaults committed by an employee or agent, except in narrowly-drawn circumstances.”

But Doe’s team argued that if the General Assembly wanted to grant such immunity, it should have spelled it out directly.

Doe’s court filing argued that a passenger’s safety is in the driver’s hands, whether in a cab or a Lyft, which makes that a “special” relationship which holds the driver to the “highest duty of care.”

Had Doe hailed a cab, taken the train or gotten on a bus and been raped, Eaton argued before the court Wednesday, she’d have a legal avenue for a complete remedy.

“But because Jane did what Lyft told her to do by hailing one of its cars instead of a taxicab when she had been drinking too much, she’s here today arguing for her right to be treated as more than a second class rape victim,” Eaton argued.

If the court does decide that the Transportation Network Providers Act grants immunity to rideshare companies, Doe’s team argued, then it should determine that the law is itself an unconstitutional “special” piece of legislation that favors a specific industry, and it should be struck down on those grounds.

But Lyft’s lawyers, along with Raoul, argued that such a reading of law would be incorrect, and would constitute an overreach by the court.

Because the technology allowing rideshare companies to operate – namely the app that includes the driver’s identifiable information – the industry is substantially different than existing transportation methods and it’s within the scope of the legislature’s constitutional authority to regulate it differently.

Because lawmakers had a rational basis to act the way they did, Raoul’s team argued, it would be an overreach by the court to read outside the scope of what the General Assembly wrote in the law.

If the court determines not to rule in Doe’s favor on the previous arguments, Doe’s legal team asked it to reject the law by rejecting a process that the General Assembly has used on countless occasions to pass major legislation, from abortion law changes to state budgets, on a last-minute basis.

By law, a bill must be read three times on the House and Senate floor before it can be called for a vote in order to encourage further debate.

That’s the process that was used when lawmakers approved the rideshare regulations, leading Doe’s team to contend it was passed in violation of constitutional requirements because it was filed as an amendment to a bill that originally pertained to the regulation of public accountants.

But the state constitution also states that the speaker of the House and Senate president must sign each bill to “certify that the procedural requirements for passage have been met,” a process known as the enrolled bill doctrine. So, according to Raoul’s team, it is up to the legislature’s discretion, not the court’s, to determine whether the process was sufficient.

“If there was ever an instance for this court to change its precedent on the enrolled bill doctrine and the three readings rule, this is not it,” Caleb Rush, assistant attorney general, said upon questioning by Chief Justice Anne Burke.

That’s because, he said, the bill’s predecessor, which was vetoed by Quinn, was subject to substantive and lengthy debate, meaning it was not rushed through.

“There may have been a technical violation of the three readings rule, but it wasn’t – the legislature in these circumstances wasn’t acting in disregard of the purpose and spirit of that rule,” he said.