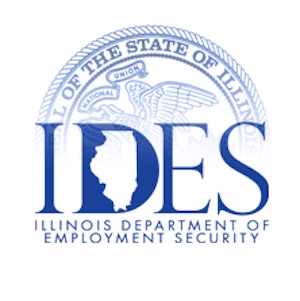 The Illinois Department of Employment Security (IDES) reports that the unemployment rate fell -0.1 percentage point to 7.0 percent, while nonfarm payrolls were mostly unchanged, increasing by 2,500 jobs, in August, based on preliminary data provided by the U.S. Bureau of Labor Statistics (BLS) and released by IDES.

In August, the three industry sectors with the largest over-the-month gains in employment were: Leisure and Hospitality (+ 5,800), Manufacturing (+ 3,900), and Government (+1,900). The industry sectors that reported monthly payroll declines were: Educational and Health Services (- 4,900), Trade, Transportation and Utilities (-2,300), and Other Services (-1,300).

“The decreasing unemployment rate and continued job stabilization is encouraging in today’s report, especially as the state continues to monitor the increase of COVID-19 cases and the impact it may have on our communities, said Deputy Gov. Andy Manar.  “IDES continues to assist those looking to return to the workforce, matching employers with jobseekers and providing other reemployment services and training to those seeking assistance.”

“While today’s report demonstrates an ongoing, positive trend, too many Illinoisans continue to endure challenging economic times,” said Sylvia Garcia, Acting Director of the Department of Commerce and Economic Opportunity (DCEO).  “That’s why, under Governor Pritzker’s leadership, we are redoubling our commitment to small business recovery, capital and workforce training assistance programs that will help our hardest hit communities and businesses get back on track.  Together, these efforts will support our continued recovery, return more Illinoisans to work, and give our economy the boost it needs.”

Compared to a year ago, nonfarm payroll employment increased by +163,700 jobs, with gains across most major industries. The industry groups with the largest jobs increases were: Leisure and Hospitality (+59,100), Professional and Business Services (+45,300), and Trade, Transportation and Utilities (+24,200).  The industry groups that reported  jobs losses were Financial Activities (-4,900) and Government (-1,700). In August, total nonfarm payrolls were up +2.9 percent over-the-year in Illinois and +4.3 percent the nation.

The unemployment rate identifies those individuals who are out of work and seeking employment.

An individual who exhausts or is ineligible for benefits is still reflected in the unemployment rate if they actively seek work.