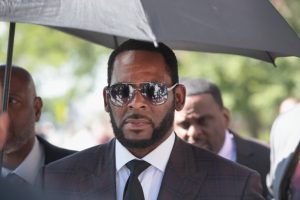 Now that singer R. Kelly has been removed from solitary confinement, efforts are underway to get him out of federal custody altogether.

Mike Leonard, attorney for the recording artist, told Chronicle Media that he is looking to get bond set for Kelly, who remains in federal custody. Federal judges in both Chicago and New York have ordered the singer held without bond in connection with charges he faces in both jurisdictions.

Kelly faces federal child pornography charges in district court in Chicago. A 13-count indictment alleges that the singer, whose full name is Robert Sylvester Kelly, produced and received child pornography, and enticed five minors to engage in criminal sexual activity, making multiple videos of some of the victims.

The indictment also charges Kelly with conspiring to intimidate victims and conceal evidence in an effort to obstruct law enforcement, including an investigation in the 2000s that resulted in his trial in 2008 in Cook County on Illinois child pornography charges.

The other charges, filed in a separate indictment in the Eastern District of New York, allege Kelly operated a criminal enterprise that promoted his music and recruited women and girls to engage in illegal sexual activity with him.

Leonard said he is confident that Kelly will be vindicated when all the evidence is presented.

“If anything I think the discovery so far corroborates” the defense’s claim that allegations against Kelly are fabrications, Leonard said.

“I feel good” about where the cases in New York and Chicago stand, Kelly’s lawyer said.

Leonard said he hopes to persuade Northern District of Illinois Magistrate Harry Leinenweber to set a bond amount for Kelly, which could help persuade a New York federal judge to follow suit.

He noted that Kelly was removed from solitary confinement Sept. 3 and has had no issues in the general population in the Metropolitan Correctional Center in Chicago.

Kelly, who lives in Chicago, is slated to go to trial of the child pornography charges in April.

Family and supporters of the singer said women with criminal backgrounds who are out to make a buck for themselves are the ones making the allegations against Kelly.

One of the singer’s sisters, Lisa Kelly, said her brother is holding up well and “has faith everything will work out as it should.”

“I’m surprised he’s still standing with so much that’s been thrown at him,” she said.

Dana Jackson, who said R. Kelly has been a mentor to him, said he has never seen any sign of the predator the singer is being accused of being.