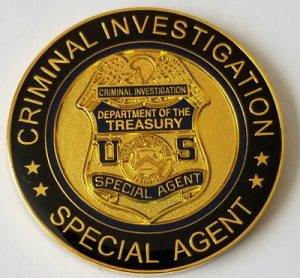 Prosecutors say the five used various versions of what’s called revenue suppression software. RSS programs, commonly referred to as “zappers,” delete some or all of a retail business’s cash transactions and then reconcile the business’s books, allowing people to evade retail sales taxes on those receipts.

Illinois outlawed use of RSS software in 2013.

Zhao, who lives in Westmont, is no longer affiliated with either the Westmont Katy’s or a second Katy’s Dumpling’s in Oak Park. Secretary of State records indicate he dissolved the restaurant corporation last year.

Each individual charge carries up to a five-year prison sentence upon conviction, as well as a $100,000 fine for individuals and $500,000 for corporations.

Federal and state authorities had a clear message for any retailers using or considering the use of Zapper software, warning that they may well get zapped themselves.

U.S. Attorney John Lausch said protecting the U.S. Treasury from tax fraud “is a top priority in our office.”

“These charges send a clear message that restaurant owners who choose to illegally underreport gross receipts will be held accountable.”

Gabriel L. Grchan, Special Agent-in-Charge of the Internal Revenue Service Criminal Investigation Division in Chicago, said Tuesday’s charges were “only the beginning” on an ongoing commitment to identify and prosecute retail tax cheats.

“The charges announced today are an important step in the fight against individuals and restaurants in our community that cheat on their taxes,” Grchan said. I want to warn those restaurants, gas stations, convenience stores, and other establishments that are currently using or thinking of using sales suppression software, that we are on to you and your methods. If you steal from the federal government, there will be serious consequences.”

“I commend the work of the Illinois Department of Revenue’s Criminal Investigations Division and the IRS as we continue efforts to protect taxpayers from tax fraud,” said Director Beard.  “Today’s charges should send a message that technology cannot shield criminals from being held accountable.”

“Illinois criminalized the use of tax suppression devices to prevent efforts to defraud the state,” Illinois Attorney General Lisa Madigan said at the time. “These charges should send a message that using technology will not protect criminals from being held accountable.”

Sandra Sanchez’s next court date in her state case is Oct. 11.

The state and federal felony charges aren’t the Sanchezes’ only problems. Federal court records show that they are being sued in civil court by three employees of their restaurants for allegedly violating federal minimum wage and overtime laws in the Fair Labor Standards Act.

The three allege that all of the Sanchezes’ 40 employees were paid a fixed $40 per shift, regardless of how many hours they worked on a given day.

The lawsuit further alleges that the Sanchezes kept 5 percent of all tips, which they required be pooled, purportedly to defray “credit card processing fees.”