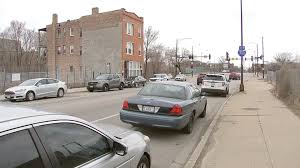 A 24-year-old man was killed Wednesday, May 13, during a domestic incident in Chicago’s Lawndale neighborhood.

Police said the victim sustained a stab wound to the body during a domestic-related incident at 12:31 p.m. Wednesday in the 1800 block of South Keeler. The 24-year-old was pronounced dead Wednesday afternoon at Mount Sinai Hospital.

Chicago police said they had a suspect in custody Thursday, but that charges were still pending against the individual. Police noted a weapon has been recovered.

In a separate incident, a 31-year-old man was stabbed in the forearm Wednesday afternoon in the city’s Old Town neighborhood.

The victim was stabbed at 4:45 p.m. Wednesday in the 400 block of West Evergreen. He was taken to Northwestern Hospital, where he was listed in stable condition.

No offender was in custody as of Thursday afternoon.