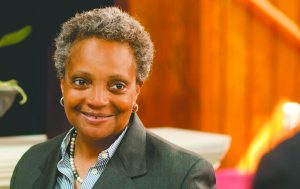 In commenting on a Breitbart article stating that at least 25 people were shot, seven fatally, during the first half of Labor Day weekend “in Democrat-controlled Chicago,” Cruz tweeted “Gun control doesn’t work. Look at Chicago.”

Cruz added on Twitter that “Disarming law-abiding citizens isn’t the answer. Stopping violent criminals — prosecuting & getting them off the street — BEFORE they commit more violent crimes is the most effective way to reduce murder rates. Let’s protect our citizens.”

“Keep our name out of your mouth,” she tweeted. 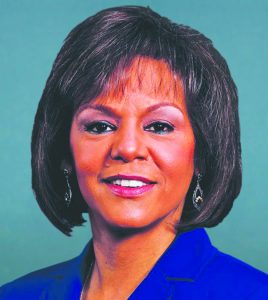 Chicago’s mayor also noted that 60 percent of illegal firearms recovered in the city between 2013 and 2016 came from outside Illinois “mostly from states dominated by coward Republicans like (Cruz) who refuse to enact common sense gun legislation.”

Lightfoot would later tweet that Cruz and Republicans’ refusal to take up gun-control issue is not honoring gun-violence victims.

“When (Ted Cruz) and the (GOP) dismiss common sense gun policies, they disrespect victims and their families, who deserve to live without pain and fear,” Lightfoot said.

Kelly said with the gun violence that has hit his state, Cruz would be better off doing something other than tweeting National Rifle Association talking points.

“Instead of reaching across the aisle & working on solutions, you went on a Twitter rant,” Kelly tweeted at Cruz.

The Matteson congressman added that since 2014, 6,697 people were shot and killed in 17,375 incidents in Texas, including 122 killed in mass shootings.

“This is happening on YOUR watch,” Kelly directed at Cruz, adding that her door is always open for bipartisan discussions on gun-control measures.

The illegal firearms information Lightfoot provided was from the Chicago Police Department’s Gun Trace Report in 2017. 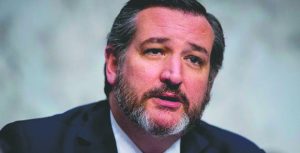 “It is self-evident that the availability of illegally circulated firearms in Chicago is directly connected to its deadly street violence,” the CPD report states. “Simply put, each conflict becomes potentially more lethal due to easy access to a gun. In an unfortunate but persistent reality, certain retailers and jurisdictions disproportionately account for the guns trafficked into Chicago that sustain its illegal gun market and associated violent crime.”

The report said that in many ways, Chicago is a microcosm of the national gun-violence epidemic.

“The United States’ gun homicide rate is nearly 20 times higher than any other industrialized nation,” Chicago police said in the report. “Not surprisingly, its rate of gun ownership per capita far exceeds that of these nations as well. The Graduate Institute of International and Developmental Studies in Geneva (Switzerland) estimates nearly half of all guns in circulation worldwide are in the United States, although it makes up just over four percent of the global population. As the trace data and illegal firearm recovery numbers demonstrate, Chicago faces a unique predicament in enforcement efforts against illegal gun trafficking. Illinois is surrounded by states that lack comprehensive firearms regulations, with particularly little oversight of secondary sales markets.”

Chicago police said that “not surprisingly, it is the very states with the least restrictive gun laws that are the sources of the guns coming into Chicago and being used to commit crimes.”

Chicago police noted that from 2013-16, crime gun recovery totals in the city outnumbered its major metropolitan counterparts. They said that during those four years, without adjusting for population density, Chicago’s total firearm recoveries outnumbered Los Angeles and New York City each year.

During those four years, police said, CPD’s firearm recovery rate has not wavered, with police in Chicago seizing just below 7,000 illegal guns per year.