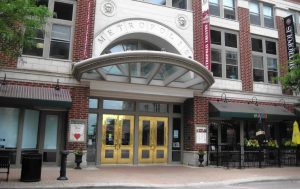 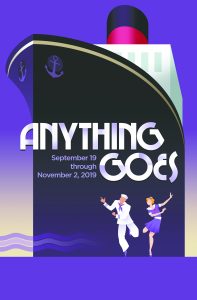 Subscribers enjoy additional benefits, including easy ticket exchanges at the Box Office window or via mail or phone, 10% off tickets to select shows all year long, and talkbacks with actors and directors on select dates.

A high-seas romp showcasing one of Cole Porter’s most magical scores. Music, dance, and romance are set to the age-old tale of boy meets girl in this breezy classic. The S.S. American sets sail from New York to London, hauling a cast of characters, including night club singer Reno Sweeney, lovesick Wall Street broker Billy Crocker, and socialite Hope Harcourt with fiance Sir Evelyn Oakleigh. Among them is “Public Enemy #13” Moonface Martin, trying to make his getaway. These characters come together in a jumble of misunderstandings, love triangles and all around confusion. Porter’s genius radiates through incredible numbers like “You’re the Top,” “It’s De-Lovely” and more Broadway favorites. Melodies will delight, toes will tap and hearts will soar. Rated- PG.

“Noises Off” — By Michael Frayn 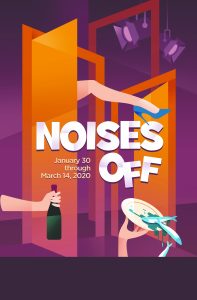 written. A production plummeting off the rails takes center stage in this boisterous play-within-a-play. Following a traveling troupe’s production of the British comedy, “Nothing On,” from a tense dress rehearsal to a chaotic opening night and finally to a calamitous performance.

The actors’ personal lives, ego battles and passionate affairs plunge the production toward the edge of complete disaster. As time goes on, pandemonium ensues with flubbed lines, missed entrances, technical difficulties and flaring tempers taking the lead. While this delightful backstage farce is complete with slamming doors, falling trousers and flying sardines — the show must go on. Rated PG-15.

Sail to the French Riviera for humor, high jinks and mischief. Based on the hit MGM film of the same name, this sophisticated and suave musical comedy was nominated for a staggering 11 Tony Awards. After a chance meeting on a train, debonair con man Lawrence Jameson takes competing rookie grifter Freddy Benson under his wing as they swindle wealthy ladies out of their money. 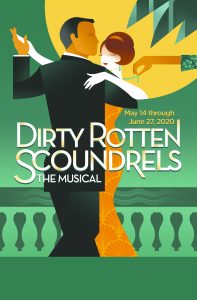 The two scammers join forces only to find the small French town isn’t big enough for the both of them. To settle the score, they agree on a competition: the first Casanova to extract $50,000 from heiress Christine Colgate wins the bet and the other must leave town. A hilarious war of cons erupts that will keep audiences laughing and humming to the end. Rated PG-15.

Have the time of your life with the worldwide blockbuster hit that has become the ultimate feel-good musical. ABBA’s hits weave the tale of young Sophie’s search for her father. Set in a Greek island paradise, wedding invitations have been sent to three potential fathers, each one a romance from her mother Donna’s past. Unbeknownst to Donna, one by one the mystery men arrive. As Sophie hopes to connect with the one who might walk her down the aisle, Donna contemplates the unfortunately timed arrival of her past loves. ABBA’s timeless songs “Dancing Queen,” “S.O.S.,” “The Winner Takes it All” and more propel this charming story of friendship and love. A mother, a daughter, three possible dads and a trip down the aisle you’ll never forget. Rated PG-13. 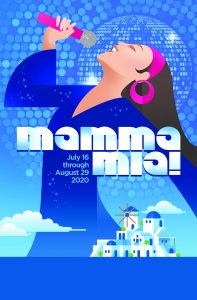 Metropolis is located in the heart of Chicago’s northwest suburbs in downtown Arlington Heights at the intersection of Campbell and Vail Avenue (111 West Campbell Street). Street parking is available. Free parking is available in the public garage behind the theater. For more information about Metropolis and a complete performance schedule, visit MetropolisArts.com or call the Box Office at 847-577-2121.