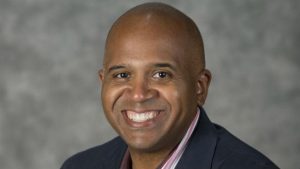 SPRINGFIELD — Last fall, Oakton Community College admitted about 100 students into a new program offering a job-training certificate to work in the cannabis industry.

One semester later, the school, with campuses in Des Plaines and Skokie, had to triple the number of class sections it offered to accommodate the demand. And next fall it plans to launch a second certificate program.

“It’s been really popular,” said Ileo Lott, vice president of academic affairs at Oakton. “The one that started last fall, we opened with about 100 students, and since that time, roughly 20 percent of them have completed the program. And they’ve been certified and several of them are already working.”

The program currently offered is for people who want to become a cannabis dispensary and patient care specialist, or “budtender” — someone who works directly with dispensary customers, primarily chronically ill patients who elect to use marijuana or other cannabis-related products as part of their therapy.

It’s a 12 credit-hour program that includes, among other things, courses in laws and regulations governing cannabis, pharmacology and cannabis use, dispensary operations, business and basic first aid.

Lott noted that Oakton also has a partnership agreement with Northern Michigan University allowing graduates of the Oakton program to transfer there to pursue a bachelor’s degree in medical plant chemistry.

Starting in the fall, he said, Oakton will launch a certificate program in cannabis transportation logistics and supply chain management, a more business-oriented, 14 credit-hour program including courses in cannabis cultivation operations, security guard training, operations and supply chain management and an introduction to transportation, warehousing and logistics.

Lott emphasized, though, that Oakton Community College does not train students in actual marijuana cultivation.

“That is not one of our programs,” he said. “We have explored down the line whether or not we want to have a cultivation program, but the laws are pretty specific about cannabis and drugs on campuses.”

One possibility the school has considered, he said, is using tomato plants as a substitute for cannabis plants.

Medical marijuana was first legalized in Illinois in 2013 and adult-use recreational marijuana became legal in the state on Jan. 1. That legalization act included provisions allowing up to eight community colleges to offer vocational training in the cannabis industry leading to a “career in cannabis” certificate.

Those programs would be supervised by the Illinois Department of Agriculture and the Illinois Community College Board and would offer “courses that allow participating students to work with, study, and grow live cannabis plants so as to prepare students for a career in the legal cannabis industry.”

But marijuana is still illegal under federal law, and community colleges are subject to federal Drug Free Schools and Campuses regulations, which require them to have programs in place, “to prevent the unlawful possession, use, or distribution of illicit drugs and alcohol by students and employees.”

Matt Berry, chief of staff at the Illinois Community College Board, said only one other school, City Colleges of Chicago, has applied for approval of a cannabis-related certificate program, but it  is not related to the state’s new legalization law.

A spokesperson for City Colleges of Chicago said the program launched in February. The school’s website indicates it is offering a cannabis curriculum at its Olive-Harvey campus similar to the curriculum at Oakton.

Lott said that for the time being, Oakton plans to continue its focus with cannabis programs on the health care industry and he expects the programs will grow as the industry grows.

“We’re proud to be an industry leader and we are especially proud that we are preparing people to work in the health care industry. That’s really our focus,” he said.