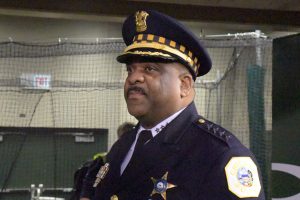 The man who led Los Angeles to historically low crime rates will serve as Chicago’s interim top cop when Superintendent Eddie Johnson retires at the end of this year.

Charlie Beck, who served as LA chief of police for nine years, will cover the gap between Johnson’s retirement and his replacement, being determined through a nationwide search.

“Chief Beck has a well-deserved national reputation for leading the reform era of the Los Angeles Police Department that was rooted in the principles of transparency, accountability and community partnership. That strategy led to historic results in crime reduction citywide,” said Chicago Mayor Lori Lightfoot in announcing Beck’s appointment Friday (Nov. 8), just a day after Johnson announced his pending retirement. “Through his renowned transformational community policing, Chief Beck has proven to be a singular leader with the strength and vision to help lay the foundation for the changes our city needs as we move forward into the next era of the Chicago Police Department.”

Beck joined the Los Angeles Police Department in 1977, where he rose through the ranks of police officer, sergeant, lieutenant and commander during 41 years, including becoming chief of detectives, where he implemented changes to the Detective Bureau. As chief of police from 2009-18, Beck oversaw the implementation of reforms and community-policing initiatives that not only brought the Los Angeles Police Department into compliance with its Consent Decree after 12 years, but also resulted in historically low crime rates across Los Angeles. 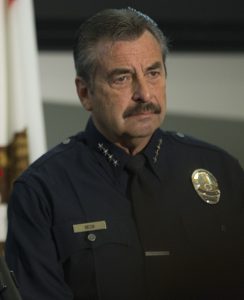 Over the course of his career, Beck has earned a reputation across law enforcement for his ability to forge traditional policing methods with community outreach programs, including the launch of the Community Safety Partnership, a program designed to foster relationships between police and high-risk residents in Los Angeles’ housing communities. In the first three years of CSP’s operation — which has since expanded to include more communities — violent crime declined by more than 50 percent in the impacted communities, and the number of arrests also declined by 50 percent. Additionally, as a result of the relationships formed by officers with the community, the clearance rate for homicides in the housing developments served by the program increased to 81 percent.

“For the last several years, Chicago and Los Angeles have been partner cities in developing and implementing proven strategies to safeguard our communities and build community trust. Over that time, I got to know Superintendent Johnson and we’ve become very good friends and colleagues,” said interim Superintendent Charlie Beck. “I am truly privileged for the opportunity to now serve as interim superintendent of the Chicago Police Department and build upon the incredible work done by Superintendent Johnson and the dedicated police officers in Chicago.”

As the former leader of the third-largest police department in the nation, Beck said he has worked closely with Johnson over the past four years, partnering and sharing policing strategies and community outreach initiatives as part of both departments’ ongoing efforts to build stronger trust between police and the communities and residents they serve.

“While the patch on his sleeve may have differed from ours, Chief Beck brings more than 40 years of major city policing leadership to Chicago, and through his leadership and steady hands, he’ll maintain the momentum and lay the foundation for the next superintendent of Chicago’s finest,” said Johnson. “Chief Beck is not only a good friend of mine but he’s also been a mentor for me during the (Chicago) department’s most tumultuous times, and I have full confidence he will build on the reforms underway today to create a better police department for tomorrow.”

As part of the leadership transition process over the coming weeks, Beck and Johnson will meet with Chicago’s police officers, community leaders, clergy, aldermen and advocates to hear the concerns and priorities of Chicago’s residents. Additionally, the Police Board will conduct a national search for candidates for the position of superintendent of the Chicago Police Department. Upon completion of the search process, the Police Board will submit three nominees to the mayor, who will then appoint the superintendent from the board’s list with the advice and consent of the City Council.

A native Chicagoan and 31-year veteran of the Chicago Police Department, Superintendent Johnson has commanded the nation’s second-largest police force since 2016, leading CPD to historic reductions in gun violence, strengthening community partnerships across the city and implementing systemic reforms around police accountability and transparency.

“Superintendent Johnson has dedicated more than three decades of his life to serving and protecting the people of Chicago, and he will end his service standing on a record of reform and progress that will be felt long after his retirement,” said Mayor Lightfoot. “Chicago is better because Superintendent Johnson called this city his home and dedicated his career to serving it.”

Since his appointment, Johnson has implemented a data-driven crime strategy that has reduced overall crime in Chicago and achieved a 38 percent reduction in total shootings. Using camera technology, predictive analytics and gunshot detection through the Chicago Police Department’s Strategic Decision Support Centers and its partnership with the University of Chicago Crime Lab, the technology-driven approach to crime-fighting has also resulted in 20-year-lows in robberies and burglaries citywide.

“Chicago is my home, and it has been an honor to serve as superintendent,” said Johnson. “I want to thank every officer for buying into the changes we have brought to CPD. Chicago is a safer place than when I was appointed superintendent in April 2016. People in every neighborhood and on every block trusted me with their safety. I will never forget this job or those who have helped me succeed.”

During the past three years, Johnson has led the department’s hiring campaign, which has added nearly 1,000 police officers to patrol Chicago’s neighborhoods and nearly 300 detectives. Additionally, Johnson launched crime-solving nerve centers, called area technology centers, in each of the city’s detective areas, which have helped improve the department’s clearance rate by nearly 20 percent.

As one of his first initiatives as superintendent, Johnson launched a Community Policing Advisory Panel, made up of community residents, national experts and police officers to develop a set of recommendations for a reinvigorated and re-imagined community policing strategy unique to Chicago. The department has championed the strategy, creating an Office of Community Policing.

Johnson pushed for reforms such as ensuring every patrol officer has body-worn cameras, and expanding use-of-force training and mental health supports for all officers.

Johnson joined the Chicago Police Department in 1988, serving the majority of his career within the Detective Division and Gang/Tactical units, and Patrol Bureau where he rose to the rank of chief. Johnson was born and raised in Chicago, growing up and residing in Cabrini Green until he was 9 years old, at which point his family moved to the city’s South Side where he continues to reside. He holds a bachelor’s degree from Governors State University.