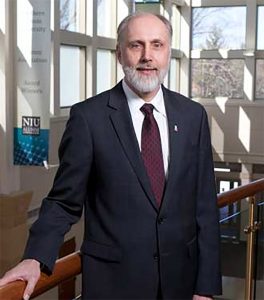 Northern Illinois University will continue to credit still-unfunded Monetary Award Program (MAP) grants to student accounts, but the absence of a state budget and higher eduction funding is forcing another another round of budget cuts.

NIU President Doug Baker announced an additional $11 million in reductions in an budget update emailed to the university community on Wednesday.

The unspecified reductions would be targeted as NIU fills only “strategically critical” job openings and seek more budget efficiencies, including deferred maintenance and reduced spending on “non-critical” services and supplies.

The planned cuts come on top of $50 million in reductions over the past two years.

“They are designed to preserve our core educational mission, and to continue our ability to deliver on our promise of helping our students succeed in their careers and in their lives,” Baker wrote.

NIU received $48 million last summer which was intended for Fiscal Year 2017 but the university was forced to apply the money to Fiscal Year 2016 obligations instead.

A short term and partial budget bill that provided that money expired at the end of 2016.

“In the interim, we have relied upon money from tuition, fees and other sources to pay our bills,” Baker said.

Gov. Bruce Rauner and the Illinois General Assembly could not agree on a state budget for Fiscal Year 2016 and the new fiscal year, which began on July 1.

The fight has centered around Rauner’s insistence on passage of a “Turnaround Agenda” including changes in collective bargaining and worker’s compensation.

A partial stopgap budget was passed in July, but that didn’t prevent agencies from downgrading the credit ratings of most of Illinois’ universities.

Many state agencies and services as well as salaries have been funded through court orders while a backlog of unpaid bills nears $9 billion.

“We held out hope that the state might provide some relief,” Baker wrote. “In fact, the Senate leadership proposed a bipartisan budget and regulatory reform bills that would have fully funded higher education. While this plan would have been a positive step forward, the General Assembly failed to approve the proposal during its two-day lame duck session (earlier this month).”

Baker said he expects both chambers to again consider budget solutions in coming weeks. In the meantime, he assured students that their tuition awards will be credited and that the university will continue to somehow muddle through.

“I again want to provide reassurance to our students that we will continue to credit their MAP grants as we anticipate the state will fund that obligation this spring as it did last year,” he said. “We also expect that cost savings, increased revenues from other sources and, ultimately, a budget fix from Springfield will enable us to fill the gaps.”