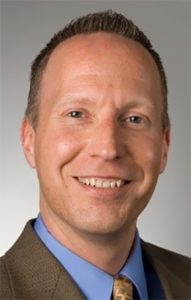 Doug Grier demonstrated his own compassion towards animals when he adopted an older, unwanted cat from the West Suburban Humane Society.

The cat, Silk, was born at the shelter and had been returned not once, but twice. “We took a liking to her and didn’t think she would be adopted by anyone else,” the Downers Grove resident said recently.

Now Grier wants to inspire children and adults to show similar sensitivity and help reduce the number of unwanted, abused and neglected animals.

As the society’s new Humane Education Manager, he’ll utilize skills from a 35-year career in education, small business and marketing to promote a those messages.

“Doug will be a tremendous asset for our shelter,” said Carolyn Mossberger, Humane Society executive director. “He has a proven track record in developing and implementing education and community programming for people of all ages, plus he is a huge animal advocate.”

Grier has worked in education and for nonprofits for a good portion of his career and was “heavily involved in creating and developing programs, especially continuing education programs,” he said.

He most recently spent a decade as Dean of Continuing Education at Waubonsee Community College but also held positions in  arts marketing and as an account manager with a Chicago-based marketing agency.

“Personally, I was looking for a change,” Grier said.  “I also was looking to do something good.”

At the Humane Society he will focus on planning, implementing  and managing education programs with a goal of inspiring children and adults in the community to demonstrate compassion towards all animals.

“We want to help people understand what cats and dogs are all about,” he added.

“We often focus a lot on young people for humane education, but we ought to consider older adults who also are interested in learning new things and becoming more involved with the shelter,” he added.

Grier said in his first week on the job he has been studying up on what programming the organization has done in the past.

He also has been considering “what they can do going forward.”

The Humane Society is in the midst of a capital campaign to build a new facility, replacing its current home—a former single family home that had been converted into a boarding kennel along Ogden Avenue.

With nearly $2.7 million of the $4 million needed to build the new 8,300 square foot facility already raised, it is anticipated that construction on the new building will  begin this spring and be completed by January 2020.

The current facility is very small, Grier said. The new building will include a dedicated classroom that “will present all kinds of opportunities for us to expand the humane education program,” he added. “We will have so much more space.”

And with more room comes many new opportunities.

Along with continuing to run summer camps and after school programs for kids, Grier is also interested in providing more educational programs for adults such as dog obedience and training in conjunction with other local entities.

The Humane Society has placed more than 30,000 animals in new homes over the past 46 years.