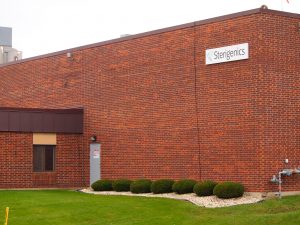 Area elected officials are calling for the shutdown of a sterilization firm until southwest suburban residents, worried about emissions from the plant, get answers to their health concerns.

From U.S. Sen. Dick Durbin (D-Springfield) to DuPage County Board Chairman Dan Cronin (R-Elmhurst), political leaders are seeking additional information that could help residents understand the risk they face from Sterigenics in Willowbrook.

As part of its sterilization of medical equipment, Sterigenics releases ethylene oxide, a known carcinogen, into the air. The company has said its emissions are way under allowed federal levels, but residents fear that cancer and other illnesses that have plagued neighbors could be linked to the emissions.

Cronin said that he and Willowbrook Mayor Frank Trilla have been pursuing answers to residents’ health concerns with little success.

“We’ve been on what seems like countless phone calls with federal and state scientists who can’t seem to tell us anything definitively,” Cronin said in written testimony presented to a state House hearing on the issue Friday (Oct. 26). “I traveled to Washington, D.C. in September to find some answers, but I’m here now with many of the same questions I had then.

“As a result I’ve joined Mayor Trilla in asking all state officials, on both sides of the aisle, to shut down the operations of Sterigenics until it can be proven that the air our residents breathe is safe.”

U.S. Rep. Dan Lipinski (D-Western Springs) also has called for a shutdown of plant operations until additional testing is done.

“In absence of data showing that EtO emissions from the plant no longer pose a health threat, I request that you take action to halt operations,” Lipinski said in a Tweet to the U.S. Environmental Protect Agency.

Cronin said it appears that the soonest residents may get some credible information is Nov. 29 when the U.S. EPA will conduct a community meeting in Willowbrook. The DuPage County Board chairman said he hoped public officials at the state House hearing would “light a fire under those charged with our environmental safety. I’d like to see a plan to answer residents’ questions and effectively communicate in an open, responsive and transparent manner moving forward.”

Cronin said among the questions that remain unanswered about the Willowbrook plant are:

“You have to understand. That is where the conservation is now,” Cronin told state officials. “People are desperate for information and imagining the worst. They deserve credible information from a trustworthy source that they can understand.”

Durbin ripped the administrations of both Gov. Bruce Rauner and President Donald Trump for allegedly choosing not to inform the public of serious cancer risks associated with emissions from the Sterigenics plant for at least eight months after each learned of the risks.

“This is a downright disgrace,” Durbin said. “Once again, the Rauner and Trump administrations prioritized public relations over a serious public health hazard. Now, the U.S. EPA and the Illinois EPA must finally step up its monitoring of this facility and be fully transparent with the public about the information they have about Sterigenics.

“Additionally, we need more emissions testing at this plant – something I’ve asked the EPA for repeatedly – a time line for the EPA to set new health-based standards, and a public meeting for Willowbrook residents. Illinoisans deserve better than this.”

Earlier this month (October), Durbin, U.S. Sen. Tammy Duckworth (D-Hoffman Estates) and U.S. Rep. Bill Foster (D-Naperville) wrote to the U.S. EPA requesting federal assistance to help community groups in DuPage understand the magnitude of the public health dangers they are facing, medical monitoring for community members who have been exposed to ethylene oxide, as well as immediate action to assess and reduce ethylene oxide exposure across the county.

Sterigenics officials provided a statement to the state House’s Environment Committee reinforcing its safety measures and consistent performance as well as the critical benefits it provides to patients and the health care system.

“Sterigenics has consistently operated the Willowbrook facility significantly below permitted emissions levels and in compliance with federal and state environmental, health and safety regulatory requirements as set forth by the U.S. Environmental Protection Agency, Illinois Environmental Protection Agency, Occupational Health and Safety Administration and the Food and Drug Administration,” the company statement read.

“During attempts by the U.S. EPA and the Agency for Toxic Substances and Disease Registry to reassure the public, the public release of the initial ATSDR report by the U.S. EPA in August without the proper context has exposed the Willowbrook community to inaccurate and misleading information which has resulted in a great deal of controversy and concern among Willowbrook residents.

“As recent tests conducted by a third party, independent tester confirm, the Willowbrook facilities operate well below permitted levels and, across the entire sterilization system, Sterigenics controls and captures more than 99.9 percent of the EO used in the process and converts it for safe reuse. The fact is that Sterigenics Willowbrook plays a critical role in protecting patients’ lives and a disruption in production at this facility would have a significant negative impact on public health in Illinois and beyond as procedures are canceled and patients’ needs go unmet. Through our sterilization procedure, we protect patients’ lives while adhering to strict regulations and operating safely.

“Sterigenics remains committed to the safe use of EO for the sterilization of life-saving medical products at our Willowbrook facility. Our mission, safeguarding global health, begins and ends with the safety of people in mind. We outperform the standards set for the safe operation of our facilities and commit to continue to take a leadership role in evolving regulations to reassure residents that they are safe.”