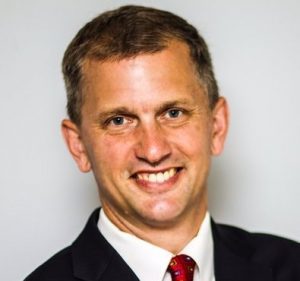 U.S. Rep. Sean Casten (D-6th) is coming under fire from top Republican Party leaders and a potential 2020 opponent for what they call his “obsession” with impeaching President Donald Trump.

Their anger came after Casten’s Sept. 4 town hall meeting to discuss possible impeachment of the president. Jeanne Ives, a Republican candidate for Casten’s seat, said the town hall was to sell residents on his push for an impeachment inquiry despite the fact that support for impeachment has dropped to just 21 percent among registered voters.

In a statement, Ives said, “In 2018, Sean Casten promised our district that he was going to Washington to make health care affordable, combat gun violence, lower the oceans and reform campaign finance. He has done none of those things.

“What he has done is (be) thrown in with an extreme coalition of legislators to lead the charge on impeachment — something even a majority of Democrats do not support, according to an NBC News/Wall Street Journal poll.”

Ives said that instead of keeping his promises, “Sean Casten is leading the nation down a long road to nowhere at great expense. He is wasting time and money instead of improving the quality of life for the people he represents.”

The former state representative from Wheaton noted that Casten has gone on record saying “What voters think should not matter.” She said he is not working for the people of the 6th District, but instead, indulging in “his leftist fantasies.”

“Unlike Sean Casten, I can stand on my record. Some of the most important legislation I passed as a state legislator came directly from my constituents,” Ives said. “I stood up to both parties to protect the interests of the families and businesses I represented. 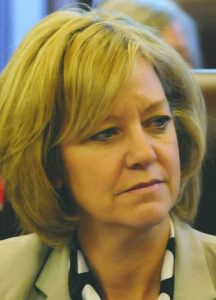 “I am running for Congress because the people in my community need a representative who will fight for them, not against them.”

She said that even Democrats are “mystified by Casten’s impeachment obsession,” with one unnamed Democrat allegedly saying, “This is just stupid.”

Atchison said Casten is the same “clown” who thinks “bipartisanship is overrated.”

“Sean Casten is too obsessed with impeachment to care about issues that actually matter to Illinois families,” Atchison said. “This will cost him his seat in 2020.”

Chloe Hunt, campaign manager for Casten, said that the congressman did conduct a town hall to discuss beginning an impeachment inquiry against President Trump, but that he has held town halls on other topics too.

“Congressman Casten is committed to being accessible to his constituents, and giving them many forums and opportunities to discuss their most pressing questions,” Hunt said in a statement. “Along with his regular town halls, Congressman Casten has held specific town halls on climate change and health care.”