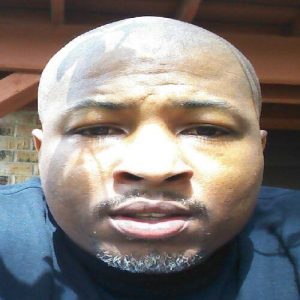 Gary Martin, 45, of Aurora who police say shot and killed five people at his former place of employment,

Gary Martin, the Aurora man who was fatally shot by police Friday, Feb. 15 after shooting and killing five co-workers and wounding five police officers, had several run-ins with law enforcement dating back to 1995.

Martin, 45, opened fire at the Henry Pratt Co., located near the intersection Highland Avenue and Archer on Aurora’s South Side, Friday afternoon after being fired earlier that morning.

He had been employed at the company 15 years and was in a meeting with other workers at the time he was told he and others were being let go.

Three of the victims who were killed had been in the meeting room with him, according to Aurora police.

The other two victims were in another part of the building, police said.

Martin used a .40 caliber firearm with a laser in the attack, police said.

Martin was convicted in 1995 in Mississippi for aggravated assault, a felony conviction that later resulted in his conceal carry firearm card in Illinois to be revoked.

In all, Martin had six prior arrests ranging from traffic violations to domestic battery issues, according to Aurora Police Chief Kristen Ziman, who met with the media Saturday morning Feb. 16.

Most recently, he was arrested in Oswego in 2017 for disorderly conduct and criminal damage to property and in Aurora in 2008 for violating an order of protection, Ziman said.

He was issued his firearms owners identity card (FOID) in January 2014 and later in March 2014 he applied to purchase a handgun from an Aurora gun dealer.  It was a .40 caliber Smith and Wesson.

In March 2014 he applied for the conceal carry permit and during the fingerprinting background processing his 1995 felony conviction appeared. His permit was then rejected and his FOID card was revoked by Illinois State Police, Ziman said.

Martin died at the scene of the shooting Feb. 15 after suffering multiple gunshot wounds.