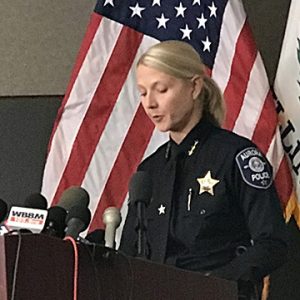 Aurora Police Chief Kristen Ziman has released the identities of the five people killed in the mass shooting at an Aurora factory on Feb. 15.

An employee fired that morning opened fired on co-workers at Henry Pratt Co. on the city’s South Side around 1:30 p.m Friday.

No ages were released at the time of the briefing Saturday at 10:30 a.m. 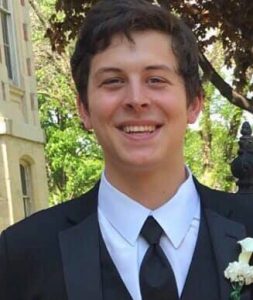 In addressing the media , Ziman also provided medical updates on the Aurora police officers who were shot while still withholding their identities.

In all, six officers were injured, one was not from a gunshot.

All officers wounded did not suffer life-threatening injuries, Ziman said.

The other officer, age 23, suffered a minor injury not related to a gunshot, Ziman said.

Memorials and offers of help are coming in from all over the region.

The City of Aurora will be supporting the efforts of the Aurora Prayer Coalition, area churches and Crosses for Losses as they host a community prayer vigil at the Henry Pratt Company on Sunday, Feb. 17 at 2:30 p.m.

The Community Foundation of Fox River Valley issued this statement Saturday:
“It is with heavy hearts that we recall the tragic events that occurred Friday afternoon in downtown Aurora.
We send our deepest condolences to those who lost a loved one, and recognize that, in times like these, we all hurt as one family, one community.
We offer our sincerest thanks and support to the Aurora Police Department, the Aurora Fire Department, and the first responders who poured in from around the state, working selflessly to restore safety.
When one part of the community suffers, the Community Foundation suffers with them. We will always work to assist Aurora and support the city we love.
To that end, we’ve created the Community Foundation Responds Fund, which will assist first responders and those affected by yesterday’s tragedy. “
The Community Foundation will provide up to $10,000 to the efforts as a match to anyone who donates to the fund by going to this link .