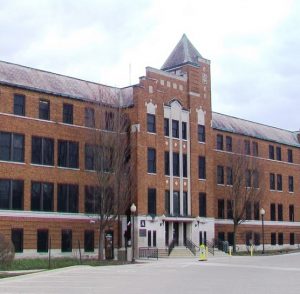 Building A of the Kane County Government Center in Geneva.

Several Kane County institutions were among recipients of bomb threats on Thursday, Dec. 13, apparently part of a series of similar threats around the country.

Building A of the Kane County Government Center and three locations in Aurora were threatened. No bombs were found and no one was injured.

Similar threats were also directed to schools, banks and government buildings in Chicago. CNN reported threatening emails to dozens of institutions around the country and in Canada.

“We believe these to be part of a nationwide series of bomb threats that appear to be part of an extortion/phishing scam,” Aurora police said in a statement posted on Facebook. “The bomb threats were all received by email and demanded money to be paid in Bitcoins. No bombs were found at any of the facilities and there were no injuries.”

An e-mailed bomb threat closed Building A of the Kane County Government Center from about 1:35 p.m. to 2:05 p.m. The email, sent to the address of Kane County Board Chairman Chris Lauzen, suggested that there was a bomb in the building and possibly an intruder. It asked for 20,000 bitcoin, the equivalent of $66,456,200 in U.S. currency.

Building A was evacuated for a half hour, while Kane County Sheriff Ron Hain, Office of Emergency Management personnel and a Kane County bomb technician entered the building with a bomb dog.

“We received information of similar threats across the country,” Hain said. “In response (to the Kane County threat), we entered the building and conducted the search. There were no alerts indicated by the bomb dog.”