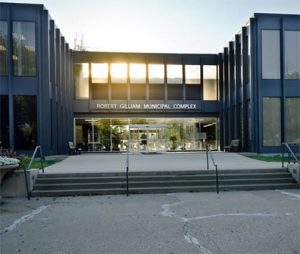 The city of Elgin has announced a series of wage reductions, recreation facility closures and cancellation of special events in response to the COVID-19 pandemic.

The changes, made public on Wednesday, May 13 and effective immediately, include a 10 percent cut in department head salaries, five percent reduction for other salaried employees, some workers reduced to part-time status while others furloughed until July 6.

Fire and police personnel are not affected by wage reductions.

“Although they have all chosen an industry with inherent risks associated with the performance of their duties, the persistent threat posed by the coronavirus pandemic has exposed Elgin’s first responders to heightened risk,” the city said in a statement.

Further, budgeted improvements at Festival Park and a special events marketing proposal are also being delayed while public pools and Lord Park and Wing Park will not open for summer while the Lords Park Farm Zoo will be closed for the summer.

“The actions being implemented today balance our commitment to provide exceptional city services at the lowest possible cost to Elgin’s residents and businesses, with the need to reduce organizational expenses during these unprecedented economic conditions,” said City Manager Rick Kozal. “We share in the community’s suffering and remain mindful of what will likely be a difficult road back to recovery.”

Elgin expects to save up to to $1.4 million through salary and staffing reductions, including not filling five open positions while two in the organization will not be replaced.

Employees in collective bargaining units are not impacted at this time with the expectation they will join all city staff with shared sacrifice in 2021 and participate in organization-wide wage freezes totaling $1.7 million.

Not all city-sponsored activities have been called off and some facilities currently closed under the state’s stay-at-home orders could reopen.

Plans have already been initiated for a modified Memorial Day observance at Bluff City Cemetery and the opening of the Festival Park splash pad is also being considered. The popular, summer Drop-In Playground Program that provides free lunches to Elgin children is also being reconfigured to operate under social distancing protocols.
Elgin is considering whether to open the Hemmens Cultural Center, the Edward Schock Centre of Elgin, the Eastside Recreation Center, Hawthorne Hill Nature Center and the Elgin Sports Complex. They will also evaluate options for a potential downtown-based event in the fall.

The city’s 76 parks remain open, but playgrounds are closed. Residents can still walk, run, ride their bikes or walk their dogs. These activities cannot be done in groups. Rather, outdoor activity should be solo or with a household partner only.

The city first implemented employee furloughs on March 15 following Gov. J.B. Pritzker’s stay-at-home executive order. Those furloughs, along with hiring delays and work hour reductions for certain administrative staff generated $346,790 in expenditure reductions through May 10.
In mid-April, the city postponed work on two budgeted capital projects — the LED streetlight conversion program in the amount of $2.55 million and the Dundee-Summit intersection reconstruction totaling $2.5 million. The 2020 budget also called for completion of $9.645 million in capital improvements for its water and sewer system.

The city postponed $6.5 million in budgeted water and sewer projects, facilitating the issuance of debt in the lowered amount of $3.15 million.