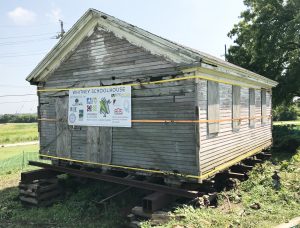 A 56-year-old woman was found dead after she was possibly trapped inside a house in unincorporated Aurora Township that was thoroughly engulfed in flames.

Reports said a person might be trapped inside. Initial responders discovered the residence fully engulfed, and due to the intensity of the fire, they were not able to immediately enter the residence.

When it was safe to enter, Fire Department personnel notified deputies that there was a deceased female inside, officials said.

The female was identified as Tamara Garcia, 56. Sheriff’s Office officials said Garcia was the only occupant of the residence at the time of the fire.

Sheriff’s Office detectives along with members of the Kane County Fire Investigation Task Force are investigating the incident.

A 38-year-old convicted felon from South Elgin was arrested after Aurora Police officers discovered an assault rifle and hundreds of armor-piercing rounds inside a vehicle during a traffic stop.

Ryan Harnish, 38, of the 0-100 block of Warwick Court in South Elgin, was arrested after police officers found a large duffel bag with a rifle and more than 800 rounds of ammunition inside the trunk.

Harnish admitted to investigators that the rifle and ammunition had been in his possession, even though he didn’t have a FOID (Firearm Owner’s Identification) card. Harnish also admitted that he is aware that he is not eligible for a FOID card because of previous felony convictions.

Harnish told investigators he was holding the rifle and ammunition for a friend and was transporting it to another individual in Aurora when the traffic stop occurred.

A 28-year-old Romeoville man was critically injured and now faces DUI charges after his 2019 Kia left the roadway and crashed into a stoplight, a city electrical box and a business building on July 17 on Main Street in St. Charles.

The crash caused a short interruption in the power for that area due to the electric box being hit. The St. Charles Electric Department responded and restored the power to the area.

According to a St. Charles Police Department news release, police and firefighters responded at around 1:04 a.m. to the 400 block of East Main Street to a report that a vehicle had left the roadway and crashed into a business building.

Police said the 2019 Kia driven by Juan M. Arreola, 28, of Romeoville was traveling west in the 500 block of East Main Street when the vehicle crossed over the eastbound lanes and left the roadway.

The Kia then hit the traffic light located on the southeast corner of East Main St. and South 5th Ave., police said.

The vehicle continued west through the intersection and struck a city of St. Charles electric box on the southwest corner of East Main Street and South 5th Ave., then came to rest against the business building. Police said the building did not sustain structural damage.

The driver had to be extricated from the car and was transported to Northwestern Medicine Delnor Hospital.

Arreola was charged with DUI alcohol, improper lane usage, illegal transportation of alcohol, and failure to wear a seat belt. He was released from custody and remained at the hospital at the time of the news release.

A bridge at Jon J. Duerr Forest Preserve, along Riverbend Trail in South Elgin, will be temporarily closed for repairs between July 22-Aug. 2.

The Forest Preserve District of Kane County will replace the bridge, located just east of the intersection of Illinois Route 31 and Silver Glen Road in South Elgin. The repair work’s Aug. 2 completion is pending the weather conditions.

Signs will be placed on the trail to notify the public of the temporary closure.

The Forest Preserve District asks trail users to exercise caution and be mindful of the closure during this time.

The Kane County Coroner’s Office has identified the 65-year-old woman killed on July 14 in a two-car crash in Elgin.

Josefina Martinez De Torres, of Uriangato, Mexico, was pronounced deceased at Amita St. Joseph Hospital shortly after the crash that took place around 9:37 a.m. on July 14.

According to the Coroner’s Office and the Elgin Police Department, Elgin police and fire personnel responded to the area of Villa Street and Varsity Drive for a report of a two-vehicle traffic crash.

Preliminary investigation indicates that a 2008 Chevrolet Malibu, driven by a 22-year-old female, was traveling west on Villa Street when a 2001 Kia driven by a 75-year-old female attempted to turn left onto Varsity Drive, striking the Malibu.

Both drivers were transported to Advocate Sherman Hospital, the Malibu driver with non-life threatening injuries. The Kia driver and Martinez De Torres, a passenger in the Kia, had to be extricated.

The roadways surrounding the crash scene were closed.

Anyone with information is asked to call the Elgin Police Department Traffic Unit at 847-289-2616, or text a tip to 847411 and include “ElginPD” at the beginning of the information.

Wildflower Walk at Fermilab on Aug. 1

The Batavia Environmental Commission and Fermilab Natural Areas are partnering to host a Summer Wildflower Walk at Fermilab at 6 p.m.  on Aug. 1.

Participants will meet outside the Lederman Science Center take a wildflower walk through Fermilab’s restored prairie and learn about the importance of native plants.

Afterward, all are welcome to join the BEC and Fermilab employees at Fermilab’s Frontier Pub to learn more about both groups are doing.

Participants are advised to be prepared for the weather. Sunscreen and insect repellent recommended.

The Transportation Forum will focus on what Fox River counties are doing to make their communities more bike-able and walkable.

According to a news release from the Fox Valley Sustainability Network, four powerhouse speakers will talk about how sustainable transportation “benefits both human and environmental health — a win-win!”

The Transportation Forum will be held from 10 a.m. to noon at the Prisco Center, 150 W Illinois Ave., Aurora.

On July 3, the Village of Montgomery confirmed Mark Wolf, as the new public works director.

Wolf has been interim director for the last seven months and has worked for the village for five years, beginning his Village career as maintenance worker for public works department.

With five years of experience working in public works operations his background before coming to the village was working in the private sector for the construction industry. Wolf is a member of American Public Works Association (APWA).