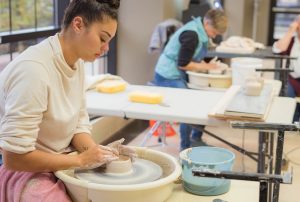 One person injured in hotel fire near I-90

Elgin firefighters responded at around 5:30 a.m. on Nov. 27 to the Lexington Inn, located on the 1500 block of Dundee Avenue for an activated fire alarm.

Responding fire companies were met by the Elgin Police Department on scene and informed that there was a fire in a room on the second floor, according to a fire department news release.

The first crew arrived on scene in just over five minutes, located the fire and extinguished with one hose line and placed it under control 10 minutes after  arrival.

The hotel was occupied at the time, and all occupants were able to get on their own. Fire officials said one occupant suffered minor injuries and was transported to Advocate Sherman Hospital.

There were no firefighter injuries during this incident.

The hotel room had significant water and heat damage, and the hallway was exposed a large amount of smoke. Initial damage estimate was around $10,000. The fire is under investigation by the EFD Fire Investigation Team and the Elgin Police Department.

An Elgin water main break early on Nov. 27 under the outside lane of Randall Road near I-90 caused heaving of the pavement and a major traffic backup.

Officials from the Kane County Division of Transportation say crews were on the site, attempting to repair the main and make the scene safe.

The city of Elgin is installing a temporary patch and reopened the roadway.

Molly Gillespie, communications manager for the city of Elgin, said Elgin residents’ water supply and water pressure will not be affected.

The water main break was under the outside lane of Randall Road, about 500 feet to 1,000 feet south of the eastbound I-90 ramp.

City of Elgin staff members said an alarm went off at around 4:30 a.m. signaling the Water Production Department that the Alft Road water tower had a depressurization caused by the water main leak.

By the time local crews were able to close the valves and secure the leak, about 2 million gallons of water had been lost, Elgin officials said.

For the second consecutive year, The U.S. Department of Labor presented the City of St. Charles with  the 2019 HIRE Vets Medallion Program Demonstration Award in recognition of its employment of military veterans.

This award is part of the Honoring Investments in Recruiting and Employing American Military Veterans Act of 2017 (HIRE Vets Act).

The City received a Gold level award in the medium sized employer (51-499 employees) category. To achieve Gold status, at least 7% of employees must be military veterans, with 75% employed for 12 months. The City exceeds these criteria, with nearly 10% of its workforce made up of veterans, many who have been employed at the City for several years.

“The City of St. Charles values the leadership and skills that American veterans contribute to the workforce,” said Director of Human Resources Jennifer McMahon. “This award recognizes the City’s commitment to maintain our exceptional standard in hiring and advancing veterans in the workplace. It is our pleasure to support the heroes that sacrifice for their country.”

For additional information on the program, visit www.hirevets.gov or contact HIREVets@dol.gov 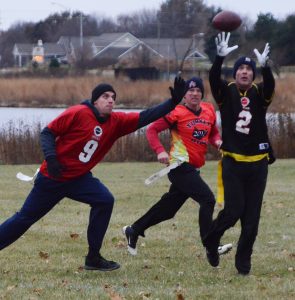 December’s First Fridays in downtown Aurora will feature more participating locations than ever plus a sold-out second annual Cocoa Crawl with more than 30 venues participating.

For those without a Cocoa Crawl mug and button, there is still plenty in store for the last First Fridays of the year. Enjoy food trucks at the First Fridays Food Truck Food Court from 5 to 9 p.m. at Water Street Square across from City Hall. Vendors include Harvey’s Fire Box, Burritoville, Small Cakes, Red Hot Chicago, and Umbrella Azul.

First Fridays is a no cost, no ticket event, and it is open to the public. Maps are available at all venues. For more information, visit www.auroradowntown.org.

Von Ohlen had a passion for providing educational opportunities for students. His wife, Marie Von Ohlen, who died at age 42 in December 1968, supported his passion for the college by designing the cover of the informational fliers used to share the proposal of a community college and ultimately pass the referendum that would form the college.

To honor her memory, Von Ohlen established Waubonsee’s first scholarship for students, the Marie Von Ohlen Memorial Scholarship. He also played a role in the development of the college’s Gustafson Scholarships. He and fellow board member Ruby Collins Sweigert had learned about another institution that was awarding one scholarship per 100 students in each high school in the district. They presented this idea to Waubonsee with the recommendation to name the scholarships after Lucille Gustafson, another founding board member of the college.

Both the Marie Von Ohlen Memorial Scholarship and Gustafson Scholarships continue to provide academic opportunities to students throughout the district.

In July 1981, the college’s Fine Arts Building on the Sugar Grove Campus was renamed Von Ohlen Hall in recognition of Von Ohlen’s significant service to and impact on the college.

City Skate cancelled due to construction near City Hall

This winter there will not be an ice rink in the Civic Center Plaza. Many property enhancements will be taking place including water main relocation work, plaza improvements and an HVAC upgrade for City Hall.

In previous years, the HVAC system at City Hall ran the chillers to keep the ice rink frozen. Staff will be looking at opportunities for potential future locations. Updates will be posted online,  on social media channels, and at cityofelgin.org/cityskate.

Aurora Police are investigating after a man was shot on Aurora’s East Side last Thursday afternoon.

Just after 1:40 p.m. on Nov. 28, Aurora Police officers responded to a person shot in the 900 block of North Avenue. When officers arrived, they found a 31-year-old man suffering from multiple gunshot wounds. Aurora Fire Department paramedics transported the man to an area hospital, where the man was listed in  critical, but stable condition.

Detectives responding to the scene and began interviewing potential witnesses, canvassing the area and investigating the specific circumstances of the incident. Evidence Technicians from Aurora Police’s Evidence Unit also responded to the scene to identify and collect forensic evidence from the shooting.

Detectives are still investigating the circumstances of the incident. Anyone with any potential information about the shooting is asked to call Aurora Police’s Investigations Division at 630-256-5500. You can also call Crime Stoppers at 630-892-1000 to leave information anonymously.

Firefighters and authorities were called to a Thanksgiving Day fire at a horse riding facility near Oswego, but authorities say no horses, residents, or firefighters were injured.

Oswego Fire officials say $300,000 in damage is estimated and a machine shed and all of its contents are a total loss.

The Kendall County Sheriff’s Office, along with Oswego Fire and several other area departments responded reports of the fire at Camelot Farm, 0-99 block of Chippewa Drive in Na-Au-Say Township., on Nov. 28 around 1:12 p.m. .

Oswego Fire officials were initially called to an outside fire but the call was upgraded when a shed was found to be on fire. Additional mutual aid units were requested.

The fire was brought under control in about two hours but firefighters remained on scene for about five hours, due to a large volume of overhaul operations.

This rebate is only available to homeowners who pay property taxes to the Village of Montgomery.

The rebate does not apply to residents in Boulder Hill and other unincorporated areas. Read the application to make sure you qualify. Information can be found on the property tax refund application at MontgomeryIL.org

Guitarist Randy Walker will present a free holiday music show called “All Christmas, All of the Time” at the Montgomery Village Hall, 200 N. River St. at 10 a.m. on Tuesday, Dec. 10.

Walker has been a favorite entertainer at past events in Montgomery and will perform popular Christmas songs from the past decades. The event is free and open to the public.

Walker is one of Chicagoland’s most versatile guitarists and vocalists and has been performing for audiences for over 40 years.

He has been playing guitar and singing since age 11 and grew up in a musical household. Both his parents sang in Barbershop choruses and he quickly developed an astute ear for music and harmonies.

He particularly enjoys sharing his talents with senior groups and is a popular performer throughout the suburbs.