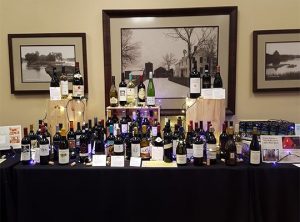 of West Side hit-and-run death

The Aurora Police Department continue to investigate a fatal accident after an Aurora man was struck and killed in a hit and run crash on the near west side on the evening on Jan. 13.

The victim was identified as 57-year-old Brent Jean.

Just before 7:00 p.m., Aurora Police responded to reports of a person struck by a vehicle in the 500 block of South River Street. When officers arrived, they found a man lying in the roadway. Aurora Fire Department paramedics attempted to perform lifesaving measures, but unfortunately pronounced the man dead on the scene.

Responding officers immediately began looking for the vehicle that struck the man, but learned it had fled the scene. Officers began radioing information about potential suspect vehicles to other officers and nearby departments in the area.

Anyone with information about the accident is asked to call the Aurora Police Department’s Traffic Unit at 630-256-5330 or call Crime Stoppers at 630-892-1000 to report information anonymously.

The Aurora Police Department is investigating a shooting that left a man dead on Aurora’s near east side early on the morning of Jan. 13.

The victim was identified as 26-year-old Antonio Johnson of Aurora.

Just before 1:45 a.m., Aurora Police’s telecom center received multiple calls from people reporting they heard shots being fired in the area of the 200 block of South Lincoln Avenue. When officers responded to the area, they found a man inside a vehicle suffering from a gunshot wound. Aurora Fire Department paramedics pronounced the man dead on the scene.

Detectives are still investigating the circumstances of the incident. Anyone with any potential details about the shooting is asked to call Aurora Police’s Investigations Division at 630-256-5500. You can also call Crime Stoppers at 630-892-1000 to leave information anonymously.

The Aurora Area, Central Kane County, and Naperville chapters of the League of Women Voters, along with the Batavia Chamber of Commerce, will sponsor candidate forums in winter 2020 for select contested primary elections.

The public is invited and encouraged to attend. Seating is limited so the audience members should arrive early.

The first Candidate Forum is scheduled for Thursday, Jan. 30 at Batavia City Hall, 100 N. Island Avenue, Batavia. The forum for the 14th Congressional District will begin at 7 p.m. This will be followed by a combined forum for state legislators.

Only candidates in contested races have been invited to participate in these forums.

The forums will be recorded by Batavia Access TV and available online afterwards. Visit the LWV Aurora Area, Central Kane County, or Naperville chapter websites to view the forums and/or to join one of these chapters. All women and men aged 16 and older are welcome to become members of the League of Women Voters.

The Kane County Office of Community Reinvestment has announced that applications for 2020 Grand Victoria Riverboat funds are now available.

The Kane County Board has budgeted $785,753 for the initiative, which supports projects that help strengthen Kane County communities and improve the quality of life for area residents.

Every year, the Grand Victoria Riverboat Fund provides gap funding for activities that address local needs in the areas of education, the environment and economic development.

Non-profit organizations and units of local government are eligible to apply for funding.

Applications must be prepared and submitted using the county’s web-based application portal, hosted by ZoomGrants. The submission deadline is midnight Monday, March 2, 2020.

Projects will be evaluated for their effectiveness at meeting the needs of area residents, leveraging other funding, readiness to proceed, and overall community impact and urgency.

The staff of the Kane County Office of Community Reinvestment is available to answer questions regarding application procedures, project eligibility requirements, and the Grand Victoria Riverboat Fund in general.

The County Board has a long history of distributing a portion of its annual share of revenue from the Grand Victoria Casino to local non-profits and units of local government.

Last year, the board selected a total of 24 “external” projects and awarded those projects a combined $769,431.

In partnership with the National Association of Counties and the National Flag Foundation, Kane County has installed a flag retirement box, at no cost to the county, at the Kane County Government Center, 719 S. Batavia Ave., Geneva.

The flag-disposal box is located in the hallway just outside the office of the Kane County Veterans Assistance Commission, on the ground floor of Building A at the Government Center.

The United States Flag Code prescribes flag etiquette — everything from flying it near other flags to instructions on how to raise and lower it.

“The flag, when it is in such condition that it is no longer a fitting emblem of display, should be destroyed in a dignified way, preferably by burning,” the code says.

The county will be working in partnership with the Batavia VFW, whose members will assure the proper disposal of the worn flags through retiring them with proper ceremony.

“Our hope is that this centrally-located drop-off location provides convenience while respecting our national symbol,” said Chris Lauzen, Kane County Board chairman. “The county values all that our flag represents. We are united in helping citizens to respect our great nation while disposing of old or worn out flags.”

Nominations are being accepted for Waubonsee Community College’s 2020 Distinguished Contributor and Distinguished Alumnus Awards. Nominations must be received by Friday, January 31 to be considered for this year. The awards will be presented to the recipients at the college’s commencement ceremonies on May 16.

The Waubonsee Distinguished Alumnus Award is presented to outstanding graduates of Waubonsee Community College in recognition of their unselfish and continued support of the college. The nominees are to have completed an associate degree at Waubonsee; have documented evidence of a distinguished record in their chosen profession and/or occupation; have documented evidence of contribution and service to their community; and have demonstrated a lifelong interest in education. The nominee cannot be a current employee of Waubonsee.

The Waubonsee Distinguished Contributor Award is presented to individuals, groups, or organizations who have made outstanding contributions or given exemplary support to the college. The award will be given to a nominee who has supported an area of the general operation of the college in either a personal or professional capacity that has contributed to the overall growth and expansion of the college’s mission. Nominees are to have contributed to the institution in a way that has enhanced a program, the operation of and/or the future development of the college that went beyond the ordinary and such results would probably not have occurred without the nominee’s special efforts.

Nominees should also be recognized by the college staff, community residents and officials or the college’s leaders as having made an extraordinary commitment to promoting the college and its mission. The nominee cannot be a current employee of Waubonsee.

For questions or additional information contact Kim Caponi, Director of Presidential Communications and Operations, by email at kcaponi@waubonsee.edu.

The city’s Natural Resources Committee and the Geneva Park District Foundation are once again teaming together to sponsor this year’s Wine, Cheese & Trees fundraiser to help plant more trees in the community.

The ninth annual event will be held from 7 to 10 p.m. Saturday, Feb. 29 at the Park District’s Persinger Recreation Center, 3507 Kaneville Road.

Tickets can be purchased for $30 per person or four tickets for $100 at Geneva Wine Cellars and Tasting Room, 227 S. Third St.; Geneva Chamber of Commerce, 8 S. Third St.; or online. No City funds have been used to purchase alcohol for this event.

The Natural Resources Committee has pledged to grow the City’s urban tree canopy under its Greening Geneva Initiative by planting trees throughout the community. To date, the committee has funded the planting of 348 trees in downtown Geneva, City Hall, at each of the schools in Geneva Community Unit School District 304 and on Geneva Park District properties.

The Long Red Line is Elgin’s expression of One Billion Rising, a global movement of women and their allies rising to end rape, violence, interpersonal domination and oppression against women. This year’s theme is “Rise. Empower. Unite.”

To further raise awareness and honor survivors and community support, The Long Red Line is offering an art exhibit from Apr. 1-30, in the Renner Library Hallway Gallery, located in Building C at Elgin Community College, 1700 Spartan Drive in Elgin.

ECC students, staff, and community members are invited to submit their artwork for the exhibit. Artwork must embody the mission and theme of The Long Red Line. The application deadline is Sunday, Feb. 23, at 11:59 p.m. For more information on submission guidelines and application procedure, visit tinyurl.com/LRLart2020.

Artist will be informed of application decisions by Wednesday, Mar. 4, via email. If accepted, artwork drop-off dates will be Tuesday and Thursday, Mar. 10 and 12.

Elgin Community College will host its eighth annual The Long Red Line event on Wednesday, Feb. 12, from 10:30 a.m. to 12:30 p.m. in the Jobe Lounge, Building B. There will also be an art exhibit opening and reception on Apr. 1, at 5:30 p.m. in the Renner Library Hallway Gallery, Building C. Both events are free and open to the public.

Participation is limited to about 22 households per month and will be available only to residents within the Batavia City limits. Residents may be placed on a waiting list if all slots are full for a particular month.

The program is funded by a fee collected from the city’s refuse contractor, so there is no direct fee to the resident. People outside the city limits will be directed to the Naperville HHW site.  Batavia has partnered with Kane County, which will be administering the program.

Residents can schedule one home collection per year to dispose of paint (oil-based paints, stains, varnishes only – see options below for latex paint), pesticides, fertilizers, household chemicals, cleaners, auto fluids (excluding motor oil – see options below), fluorescent lights, and more. Residents are encouraged to work with their neighbors whenever possible to fill the collection bag to the 70-pound maximum weight limit.

Once an appointment has been finalized, a 30-gallon bag and kit with labels and instructions will be mailed to the resident.  Maximum allowable weight per collection is 70 pounds.  The company will call the resident the day before collection with a reminder to place the full bag on the porch or driveway for pickup.

In order to keep costs down and serve as many residents as possible within budget, certain items are not accepted through this collection program because there are options in the community for recycling.  Please drop these items off as directed in Alternate Drop-Off Options.