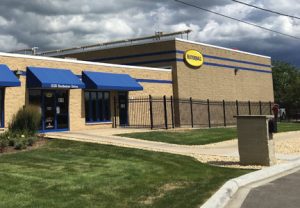 The former Butterball plant is a 280,000 square-foot facility on Rochester Drive in Montgomery. It has been vacant since July 2017.

More than 250 new jobs are up for grabs in Montgomery as Carl Buddig & Co. moves in and takes over the village’s vacant Butterball facility.

The 280,000 square-foot facility on Rochester Drive has been vacant since July 2017 when Butterball seized operations. This week, Carl Buddig & Co. announced it will be expanding operations into the facility and will continue to grow its lunch meat and specialty meat production in Illinois.

Production is expected to begin this Spring. The Montgomery location marks Carl Buddig & Co.’s fourth manufacturing facility in the state.

“We have a very solid manufacturing core as well as a strong workforce here in the Village of Montgomery,” said Village President Matt Brolley. “I want to thank Carl Budding & Co. for expanding their business into Montgomery. We are thrilled to welcome them into our community.”

Brolley said that due to the similarities between Butterball and Carl Buddig & Co.’s operations, Buddig & Co. is an ideal fit to take over the facility. He expects the company to benefit greatly from the local already-trained work force.

“Manufacturing, especially food processing, remains a staple of the Illinois economy,” said Senator Jim Oberweis. “It was essential to get this facility back in operation for the people of Montgomery, and I look forward to supporting Buddig’s success.”

Karen Noble, Executive Vice President of Human Resources for Carl Buddig & Co. said jobs have already been posted on the career page of the Buddig.com website.

“We encourage anyone interested in working at the new Montgomery location to apply,” she said.

Gov. Bruce Rauner said he is thrilled to see the new operations begin in Montgomery. He noted he’s 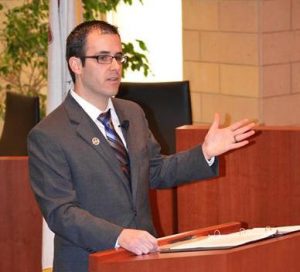 been working hard to get the former Butterball plant up and running again.

“I am thrilled to have a homegrown Illinois company like Buddig expanding within our state and bringing this facility back to life,” Rauner said.

When Butterball announced in May 2017 it came as a shock to the village because it had been in the village less than five years.

Butterball moved into the Montgomery facility in 2013 after purchasing the site from the family-owned Gusto Packing Company in 2012.

The company subsequently made improvements and expansions to the plant in no small part due to a 10-year, $1.5 million low interest loan to the company from the village’s Revolving Fund. The loan was used to purchase necessary equipment to expand.

The expansion increased employment by 15 percent as the company invested approximately $24 million at the site.

— Buddig commits to moving into former Butterball plant in Montgomery . —