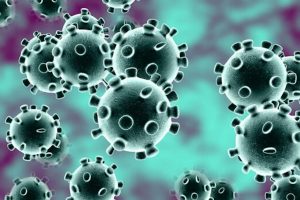 Kane and McHenry counties are reporting their first cases of coronavirus.

The two cases are part of the 19 confirmed cases in Illinois as of Wednesday, March 11.

County Board Chairman Chris Lauzen announced the case during Tuesday’s Kane County Board meeting after he received information during a phone conversation with Illinois Gov. J.B. Pritzker.

Lauzen did not say when the call occurred and that Pritzker did not identify a hospital handling the case.  The coronavirus victim is a woman in her 60s, according to the Kane County Health Department.

A McHenry County teen was also identified as a suffering from coronavirus. The Health Department said neither had a history of travel to an affected area and no connection to a known case of the COVID-19 virus. Public health officials are identifying and contacting all close contacts.

According to the Kane County website, Lauzen said he made the announcement to alert citizens that there had been a case here.

Pritzker issued a disaster proclamation on Monday “to unlock additional federal resources and help the state prepare for the potential of further spread” of the virus, according to the county website.