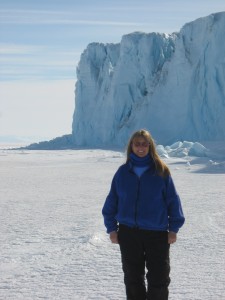 Betty Trummel, 59, left her career as an inspiring teacher to do what she loves best — inspire and teach people of all ages about science, technology, engineering, and mathematics.

Soon she will join 78 women in the world’s first state-of-the-art leadership and strategic program for women in science, set against the backdrop of Antarctica, Homeward Bound.

Trummel believes that a key to success is learning that failure is part of the process. When she applied for Homeward Bound, the Australian-based project planned to take 40 women. Trummel was not selected, however, when they announced the project opened another 38 slots, she dusted up her application and resubmitted.

“Learning to try again is key,” she said. “Failure is a step toward success.”

She, along with nine other women living in USA, became part of Homeward Bound.

Homeward Bound is the start of a 10-year outreach initiative to build a 1,000-strong global collaboration of women in science, who have had the same experience at sea together, focusing on leadership and planning required to contribute to the recognition of our planet as home. The first Homeward Bound trip departs for Ushuaia, Dec. 2_21, 2016, and seeks to elevate how women at the leadership table might give us a more inclusive future, focusing on the role of women in leadership globally.

Among those participating are Namibian climate change ecologist, Phoebe Barnard; Co-Director of the Alaskan program, Girls on Ice, Joanna Young; President of the New Zealand Association of Scientist Nocola Garston. Filmed for the expedition are Primatologist and environmental activist, Dr. Jane Goodall, one of the world’s 100 most influential women, Frannie Armstrong, and marine ecologist and activist, Sylvia Earle.

Trummel taught elementary school for 35 years. The last 27 she taught fourth grade at D47’s Hanna Beardsley. Children and parents remember her for her engaging science talks, camp-ins, National Park studies, and guest speakers. She encouraged children to think of the natural world as the world’s best theme park. 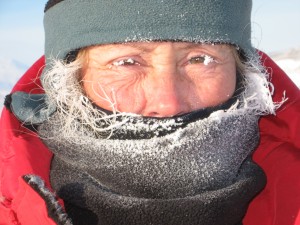 Early in her career, she answered an ad in Ranger Rick, and she soon became a leader at summer Conservation Summits. The next year, Big Back Yard started its preschool program. Soon Trummel devoted a couple of weeks each summer to the summits. She met amazing women of science through that experience. “That’s where I got my real interest in science,” Trummel said.

Trummel earned a Master’s of Science in Outdoor Education from Northern Illinois. She started a blog at www.scienceroadshow.wordpress.com, and she launched her own business, The Science Roadshow. She does speaking engagements where she engages young and old at local schools, libraries, and senior centers. During January, among other places, she’s at the Crystal Lake Library, Sun City, and West Elementary School.

Trummel has a particular penchant for reaching out to girls and women to encourage them to think of themselves as scientists. Although she does not consider herself a feminist, she recognizes that girls are underrepresented in the STEM fields. The Homeward Bound team of educators use Sally Ride’s words, “You can’t be what you can’t see,” as their mantra. They will work with school and university students in Australia, Canada, the United States, South Africa, New Zealand, and the UK to create local and global opportunities to inspire the next generation of girls to dream big, and to pursue a career in the sciences.

Trummel began taking expeditions to Antarctica serendipitously. She was in Washington D.C. receiving the Presidential Award for Excellence in Science Teaching.

Next to her sat a woman from the National Science Foundation, who created a packet for teachers about the Antarctica and the Arctic.

Trummel piped up, “I’d love to go. It seems fascinating. Soon she was part of Teachers Experiencing Antarctica and the Arctic. She became part of three different expeditions.

As part of the Cape Roberts Project, she learned about geological drilling. The ANDRILL Project drilled 900 meter holes into Miocene to Paleogene sediments beneath the Ross Ice Shelf, on the Coulman High in the Ross Embayment, Antarctica. 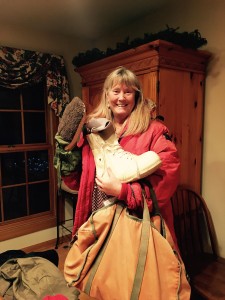 As part of the WISSARD Project, she helped set a hot water drill to melt through the ice accessing a sub-glacial lake, Whillans Lake.

“My job is to change the perception of who scientists are and what they do,” Trummel said.

One of the first things she does in her shows is to ask participants to draw a scientist.

“Invariable they draw a bespectacled, balding man in a lab coat with beakers in hand,” she said.

At the end of her talk, participants draw women and men in forests, in oil fields, on boats, and under the ocean.

“Scientists can be many things,” she said. “A gardener studying the soil condition and experimenting with additives and seeds is a scientist.”