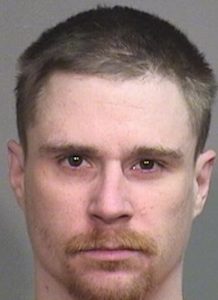 A Crystal Lake man has been sentenced to seven years in prison for his role in a person’s overdose.

Kane Kellett, 34, pleaded guilty to the charge of unlawful delivery of a controlled substance, a Class 2 felony.

The investigation was led by Detective Dave Eitel of the Crystal Lake Police Department.

Class 2 felonies are punishable by three to seven years in prison and a fine of up to $25,000.