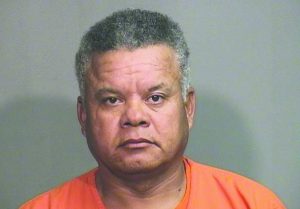 The McHenry County Conservation District’s police department, and several partnering law enforcement agencies, were able to identify and arrest a suspect involved with a vicious hammer attack on two women Sept. 24 on the Ridgefield Trace bicycle trail in Crystal Lake. Angel Reinaldo-Cardoza, 48, of Woodstock, was taken into custody at his residence within a 72-hour period and is currently being held in the McHenry County Jail.

The quick response was a matter of “ensuring safety” on district sites monitored by the county conservation police, and finding the suspect. Other agencies participating in the investigation included the McHenry County Sheriff’s Department, and the McHenry County College Police.

Reinaldo-Cardoza is being held on a $500,000 bond, and is charged with two counts of attempted murder, one count of armed violence, and four counts of aggravated battery after the conservation police secured an arrest warrant.

The assault occurred at approximately 5:15 p.m. Sept. 24 on the trail, near the intersection of Oak Street and Ridgefield Road, when the two women were attacked with a hammer, allegedly by Reinaldo-Cardoza, who was also on the trail and traveling east on a bicycle. One woman was struck while walking, and the other was hit when she tried to help, after getting off her bike.

Both were transported to McHenry Northwestern Medicine, and hospitalized with nonlife-threatening injuries but released later that evening.

“By the third day after the incident, we had secured a great deal of information in a small amount of time,” said Conservation Police Chief Laura King. “Although he was not identified at that time, we are grateful to the other agencies that joined in. Our department exists solely to ensure county residents and visitors have a safe and secure place to come. And that is for the entirety of the district’s holding for public use.

“If the sites and trails are not safe, people are not going to be confident in going there. Something violent and out of the ordinary like this … we act immediately and it is a top priority,” she said. “We work to the fullest extent for a successful effort to address the situation and bring the suspect to justice.”

Crystal Lake Police, and other agencies, responded to the 911 call at the trail site, and received a description of the assailant. A press release described the assailant as “5-foot-7, mid-50s, a Hispanic male, clean-shaven, wearing a Green Bay Packers hat, a forest green sweatshirt and dirty jeans.”

That suspect was later seen on a surveillance video, from a local business, and tracked. The Ridgefield Trace bike trail runs along Route 14 for 7.7 miles, from Crystal Lake to Woodstock.

Reinaldo-Guzman was arrested at his home at around 5:30 p.m. Sept. 27, and taken into custody by conservation district police, along with the McHenry County Sheriff’s SWAT Team.

“Being arrested and taken into custody is just the first step,” said King. “There is a lot of work to be done, and we are actively involved with the investigation to gather all the evidence available before the case goes to court, so that a conviction can be obtained. The arrest isn’t the end.”

The suspect made his first court appearance Oct. 1. to set status.