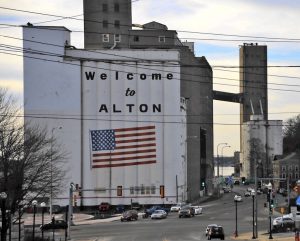 The city of Alton joins five states — Alabama, Arkansas, Indiana, Vermont and Wisconsin — in prohibiting the distribution or possession of kratom, a substance classified as a poison by the Food and Drug Administration. (rebootillinois.com)

Alton has become perhaps the first city in the MIdwest to prohibit the sale of kratom — an increasingly popular herb that advocates call a potentially effective addiction treatment and pain remedy, but critics characterize as a hallucinatory and additive opioid; used primarily for recreational purposes.

San Diego in 2016 became the first city in the nation to prohibit the possession or distribution of kratom or any substance containing mitragynine, its main active ingredient.  Denver has banned kratom for human consumption.

Last month’s action by the Alton Board of Aldermen comes as the U.S. Food and Drug Administration (FDA) attempts to restrict the use of kratom nationwide, but with resistance from the herb’s proponents.

The agency instituted an import ban on kratom plants in 2014 and is considering classification of the herb as a Schedule 1 controlled substance; a status reserved for the most dangerous and addictive pharmaceuticals such as heroin.

The new Alton ordinance calls on the FDA to classify kratom as a poison, which should not be consumed by humans. Several of kratom active ingredients are already classified as FDA Schedule 1 controlled substances, according to the Alton ordinance.

Jersey County in 2017 became one of the first counties in the nation to outlaw kratom, according to the website of the American Kratom Association (AKA), a Colorado-based advocacy and lobbying organization. Sarasota County in Florida also prohibits the substance.

Five states — Alabama, Arkansas, Indiana, Vermont and Wisconsin — have prohibited the distribution or possession of kratom, according to the NKC.

The Alton ordinance, which took effect immediately on passage last month, bans possession, distribution or delivery of products containing any of its active ingredients: 7-Hydroxymitragynine, mitragynine and epicatechin ingredients.

“Mitragynine is a psychoactive, mind-altering opioid,” the city ordinance notes. It has been known here to produce “sedative effects with several cases of psychosis including hallucinations, delusion and confusion.”

The ordinance comes following several ambulance or police calls to area schools for students who became ill after ingesting kratom, according to an Alton Police Department news release.

No deaths have been associated with kratom in the Alton area, according to the department.

However, as of 2017, the U.S. Centers for Disease Control and Prevention (CDC) had reports of 36 deaths associated with kratom in the U.S. Americans.

The San Diego County Medical Examiner’s Office alone has determined that 10 local deaths since 2014 were associated with mitragynine.

However, the AKA calls those adverse event statistics “incredibly insignificant in the broader context”; noting poison control centers receive roughly 2.2 million calls a year. Most of the deaths involved people with other drugs in their systems, or other significant medical conditions, the association says. 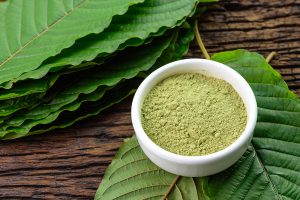 As of 2017, the U.S. Centers for Disease Control and Prevention (CDC) had reports of 36 deaths associated with kratom in the U.S. (Photo courtesy of U.S. Anti-Doping Agency)

Proponents argue there are documented cases in which cases has been used to help opioid users beat addition or treat chronic pain.

Nevertheless, Alton police are concerned about its potential addictiveness and side effects.

Until now, individuals – including minors – have been able to purchase kratom through some specialty retailers in Alton, the police department notes.

Kratom (pronounced KRAY-dum) is sold in tablet, capsule, extract, powder, gum and in leaf forms; which users variously snort, smoke or swallow. In leaf form, it can be smoked, baked into foods, or brewed into tea. Kratom cocktails have become popular at some of Miami-area nightspots and coffee houses, according to a review of the kratom issue in the publication, Governing, last year.

Used as a medicine in Thailand, Indonesia, Malaysia and other nations since the 19th century, kratom is derived from leaves of a tropical tree (Mitragyna speciosa) related to the coffee plant and grown in southeast Asia.

Kratom has sometimes been used “as an herbal alternative to medical treatment in attempts to control withdrawal symptoms and cravings caused by addiction to other opioids or to other addictive substances, such as alcohol” according to the NIDA website. However, the is currently no scientific evidence it is effective or safe to use, NIDA notes.

“Two compounds in kratom leaves, mitragynine and 7-Hydroxymitragynine, interact with opioid receptors in the brain, producing sedation, pleasure and decreased pain, especially when users consume large amounts of the plant,” the website says.

“However, there can be uncomfortable and sometimes dangerous side effects. Mitragynine may also interact with other receptor systems in the brain to produce stimulant effects. When kratom is taken in small amounts, users report increased energy, sociability and alertness instead of sedation,” the agency says.

The NIDA website warns kratom may cause dependence or addiction. While there are no reported instances of fatalities, the substance, when distributed in street-form, could be laced with deadly compounds, the agency warns.

A web server reveals on Alton retailer offering kratom or kratom products; four more across Metro Easts, and about a dozen across the St. Louis area.