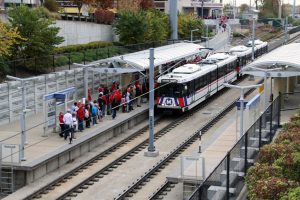 The East-West Gateway Council of Government (EWGCOG) has given preliminary approval for federal funding of 53 local and regional Metro-East transportation projects over the next four years.

The Metro-East projects are part of the council’s draft 2017-20 Transportation Improvement Program (TIP) for the eight-county greater St. Louis region. The council is accepting public input on the proposed projects until Aug. 10, online and through a series of TIP Open House meetings.

Metro-East residents will have the opportunity to review proposed projects next week during a TIP Open House in Caseyville.

In all, the transportation plan would authorize federal funding for some 720 projects across the St. Louis region, totaling $2.1 billion in cost. Of those, 230 are newly proposed projects. The other 490 are either ongoing projects, which require continued funding for completion, or previously proposed projects that have been delayed for various reasons.

The 53 projects in Illinois Department of Transportation (IDOT) Region 8, encompassing Metro-East, total $272.8 million in cost. They include 21 new projects and 32 delayed or continuing projects.

Among the major Metro-East arteries slated for new roadway or bridge improvement projects (listed by location) are:

Approval by the EWGCOG, the St. Louis area’s federally-recognized regional planning entity, opens the door to funding from the U.S. Department of Transportation, which generally covers 75 percent of approved transportation project costs on a matching-share basis.

State government is generally required to cover 15 percent of the cost, with local sponsoring entities committing to cover the final 10 percent.

Given the federal requirement for a state match and Illinois’ current budget crisis, the actual number of transportation projects in Metro-East over the next four years may not be known until this fall.  Gov. Bruce Rauner and the General Assembly are scheduled to begin negotiations on a long-term state budget plan this November.

“The projects are approved subject to the availability of funding,” EWGCOG Executive Director Jim Wild acknowledged.

In addition to road and bridge construction, the transportation plan would provide the Bi-State Development Agency and the Madison County Transit District (MCT) with federal funding for a total of 106 mass transit improvement projects in Metro-East, at a total cost of $115.7 million.

Bi-State plans for replacement of buses and call-a-ride vans in Missouri and St. Clair County, Ill.., the upgrading of its Metro light rail vehicles, and security and safety improvements.

Both Metro-East mass transit providers have requested federal funding for Enhanced Mobility of Seniors and People with Disabilities projects and Job Access and Reverse Commute programs.

The transportation plan would also provide funding to Touchette Regional Hospital in Centreville for vehicles and a digital dispatch system.

HOW TO PROVIDE INPUT

Copies of the draft transportation plan documents, as well as explanatory tables, charts, and maps, will be available for review, discussion, and comment during an open house, July 27, 4:30 p.m. to 6:30 p.m. at the Caseyville Community Center, 909 South Main St.

An “online open house”/live chat on the transportation plan is scheduled for July 26, noon to 1:00 P.M.

Project information is also available, as well as information on the live online chat, on the EWGCOG website (www.ewgateway.org/tiponlineapp).

The EWGCOG Board of Directors has schedule a final vote on the transportation plan for its Aug.  31 meeting.