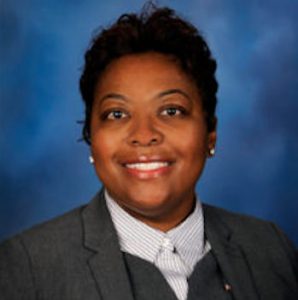 East St. Louis School District 189 hopes to soon offer bus transportation for all students, according to a spokesperson for District Superintendent Arthur Culver.

However, newly enacted Illinois House Bill 5195 now authorizes school districts to provide busing within that area, if it is considered dangerous, according to a statement from 114th District State Rep. LaToya Greenwood (D-East St. Louis), the bill’s primary sponsor.

Demand for expanded school bus service arose as an issue during a series of town hall meetings with parents and other stakeholders, Culver said.

In high crime areas like East St. Louis, children may be called on to pass crime scenes on their way to school and the journey between school and home may become intimidating, patents noted during the town halls.

For that reason, inadequate transportation can be a factor in absenteeism, noted Sydney Stigge-Kaufman, the district’s director of strategic partnerships.

The district also plans to apply for additional state funding that was authorized under the legislation to cover the cost of the additional busing, Stigge-Kaufman added.

Under the new amendment to the transportation provisions of the Illinois  School Code, school boards now “may provide free transportation for any pupil residing within 1 1/2 miles from the school attended where conditions are such that walking, either to or from the school to which a pupil is assigned for attendance or to or from a pick-up point or bus stop, constitutes a serious hazard to the safety of the pupil due to a course or pattern of criminal activity, as defined in the Illinois Streetgang Terrorism Omnibus Prevention Act. “

The law calls for local law enforcement agencies to issue guidelines defining a course or pattern of criminal activity.

Using those law enforcement guidelines, local school boards may then issue a determination that a serious safety hazard exists and submit that determination to the Illinois State Board of Education (ISBE) for authorization to provide additional bus service.

The ISBE must act on the authorization request within 30 days.

The new law became effective on Nov. 30, after legislators voted to overturn a veto by outgoing Gov. Bruce Rauner (R-IL). Rauner wanted to exempt students in areas where other public transportation service are available, as well as make the expanded school busing available in high crime areas of Chicago.

Rep. Greenwood credited the prompt passage of the bill in large part to the efforts of East St. Louis resident Mamie Cosey and Dist. 189 parent Lettie Hicks — who led a grassroot campaign for the legislation — and Parents United for Change, a local advocacy group.

Currently more than 3,400 East St. Louis students take a bus to school. Under the new law, some 2,000 more could receive free transportation.

The cost for the additional busing is estimated at $1.39 million.

“District 189 is waiting on the (finalized state) rules (and) guidelines to come out to determine next steps and possible timelines to reach full implementation.  It is certainly our intent to apply for the expanded busing.  Our goal is to implement busing for students as soon as possible.  Our partner, Illinois Central, is gearing up to recruit additional drivers for new routes,” said Stigge-Kaufman.

The G & S Foundry and Manufacturing Co. building — once the centerpiece of Red Buds’ expanding business and industrial economic — may be coming back to life.

Gateway Fabrication Solutions, LLC, Inc., has purchased the 92,920-square-foot manufacturing/warehouse complex at 210 Kaskaskia Drive, according to an announcement from BarberMurphy, the industrial real estate broker which represented both parties in the trans action.

Established in 1946, G&S Foundry was one of the largest employers in Red Bud, until it permanently closed in September 2016; after declaring bankruptcy in April 2014 and then briefly emerging from bankruptcy in March 2016.

Gateway Fabrication Solutions is headquartered at 1000 Eleven South, Suite 3E In Columbia, with a manufacturing plant in East St. Louis.

The company serves a nationwide client base with sheet metal and a wide variety of trailer and truck body components.

The company is currently developing a new manufacturing facility in the Rock City underground industrial complex in Valmeyer.

Specific plans for the Red Bud building have not yet been announced.

Attorney Jeffrey K. Watson — the president of the Casino Queen and former chairman of the Bi-State Development Agency — has been appointed an associate judge in Illinois 20th Judicial Circuit.

As president, Watson sees all corporate and operational departments within the parent and subsidiary companies.  He also serves as general counsel overseeing all company legal matters and government relations, according to his Linked-In page. He is also a member of the company’s board of directors.

The CQ operations represent the only completely employee-owned casinos ever established in the United States. Together the holding company and its subsidiaries have some 750 employees.

Watson is the current treasurer of the Illinois Casino Gaming Association.

Watson was appointed to Bi-State board in June 2003 by then Illinois Governor Rod Blagojevich in June 2003. He remains a board member and has also served as treasurer. Bi-State Development operates bus and light rail services across the St. Louis region, including St. Clair County.

He has also worked as an assistant public defender in St. Clair County.

He is a past president of St. Clair County and East St. Louis bar associations.

The appointment was announced Jan. 1 by Marcia M. Meis, the director of the Administrative Office of the Illinois Courts.

Neither CQ Holdings nor Bi-State had issued statements how Watson’s appoint to the circuit court would affect his present responsibilities.

The Route 66 Road Ahead Partnership is developing a navigation app for traveling along the winding road.

Tourists traversing the twist and turns along the route of America’s first national highway will soon benefit from a navigation apps, now under development by the Route 66 Road Ahead Partnership.

It will also provide several themed travel itineraries, with geographically organized information, categorized by each of the eight states located along the famous roadway.

Route 66 at various points in its development has crossed through more than a dozen Metro East communities.

In addition to helping people navigate Route 66 across the country, the app will assist travelers in finding important waypoints; enhance economic development along Route 66 by promoting the sites, attractions and events found there; and educate travelers about the history of Route 66, according to the partnership.

The first two itineraries will center around historic Native America trails — some of which eventually became the routes for several sections of Route 66 — and the “Green Book” travel guide for African-Americans; listing welcoming and not-so-welcoming communities.

Metro East has numerous historic Native American routes, many centering around Cahokia Mounds. Its history encompasses both early African-American communities and “sundown towns” — including East Alton and Granite City — which once banned Negroes.

Input from Native American and African American historians is currently being sought for the app development.

The partnership hopes to release the app as early as the spring of this year.