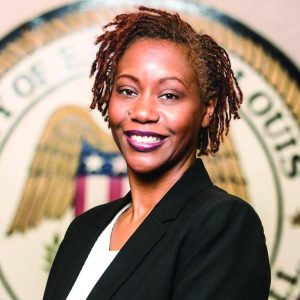 Mayoral contests will be on the ballot in several Metro East communities during the April 2 consolidated elections. 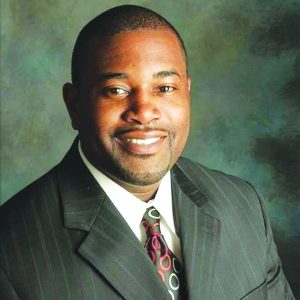 In Hamel, Village President Larry Bloemker faces a challenge from Devin A. Bushrow.

In the Village of Marissa,  Mayor Chad Easton is being challenged by Marissa Township Trustee Rodney Rednour.

Complete listings of city council, village board, township board, school board and other races on the ballots in St. Clair, Madison and Monroe counties can be found at:

www.countyclerk.co.st-clair.il.us/elections/Pages/default.aspx (by clicking on the “2019 Voter’s Guide” link. 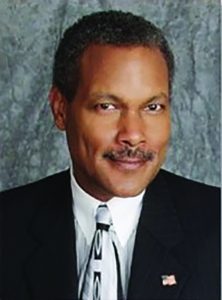 The KCS is the major rail service connecting Mexico and the American Midwest. The new Jerseyville center is expected to become both a key warehousing and distribution center serving a dozen or more states through mid-America, as well a manufacturing and processing center for both the final assembly of imported products and the exporting of American goods.

Development of the Jerseyville complex is consistent with plans to develop Illinois as a major national and international commerce hub over the coming years.  However, even the plan’s most ardent backers admit that finding enough appropriately trained workers to fill the job created by the complex will be a challenge.

MCET officials say they are currently developing strategies to meet the workforce development demands posed by the new complex.

An existing job training and employment office in Jerseyville, currently part of Workforce Area 21 operations, will be transferred to MCET and remain open, they say

Students may get two votes on SIU board

Both student members of the Southern Illinois University board of trustees would have the opportunity to vote on academic and institutional matters under legislation sponsored by state Rep. Katie Stuart (D-Edwardsville).

“My legislation would allow for students from both SIU campuses to have a voice on matters that directly affect them and their peers,” said Rep. Stuart. “In the past, there have been matters affecting the Edwardsville campus that the Carbondale student got to vote on and vice versa. We have also had governors that used their power to designate the single vote to one of the students in such a way as to influence decisions on funding, and this legislation would put an end to that inequity.”

While student trustees are elected in campus-wide elections on both SIU campuses, only one student member of the board of trustees has voting privileges in any given year. Although the voting privilege typically alternates between students, the governor does have the power to give either student the opportunity to vote.

Stuart’s House Bill 2239, which passed out of the House Higher Education Committee earlier this month, allows both student trustees to be voting members, removing the ability of the governor to unfairly assign voting privileges to one student over the other.

“From my conversations with students at SIUE, I understand that having a voice on the board of trustees is important to them,” said Rep. Stuart. “Students really have a stake in every decision that comes before the board, so it only makes sense that they should each have a vote that counts.” 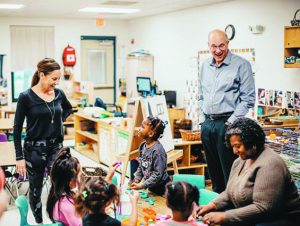 Thousands of books and other items will be available at the Collinsville Memorial Library Center Book Sale, April 25-27.

A preview night on Thursday April 25 from 5 p.m. to 8 p.m. will allow book lovers to look over the selection of available volumes for a $5 admission fee.

The following day, April 27, they will be able to fill a bag with books for just $3; with no admission fee.

The book sale is presented by the Friends of the Collinsville Memorial Library. Proceeds go to benefit the library.

The Collinsville Memorial Library Center is located at 408 West Main St. in Collinsville.

The award recognizes 40 years of volunteer service and financial contributions by the Hyllas to Riverbend Head Start & Family Services and the St. Louis University athletics program, as well as the scholarship programs of Southwestern Illinois College and the Steelworkers Organization of Active Retirees (SOAR).

For over 29 years, Judge Hylla has served as president and board member for New Opportunities, a workshop and training facility for the developmentally challenged. For more than 10 years, Anita Hylla has been active with educational and recreational activities for youth.

A dinner honoring the Hyllas will be held at The Commons at Lewis and Clark Community College on Thursday, May 9. Doors open at 5:30 p.m. and the event begins at 6:30 p.m.

Reservations are $75 a person or $600 for a table of eight and must be made by April 29. Sponsorships and donation opportunities are available. Proceeds will benefit the children and families enrolled in the six Head Start and Early Head Start program centers operated by Riverbend across Madison County.