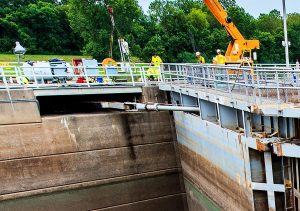 The free event, sponsored by Madison and St. Clair counties.

Madison County Director of Employment and Training Tony Fuhrmann said there are plenty of jobs in the area and local businesses are looking to hire.

“I would encourage anyone who’s looking for a job or looking for a different job to come out and visit with these employers,” Fuhrmann said.

Fuhrmann said one issue for employers is being able to match workers with the skill sets needed and making sure they have soft skills.

“Soft skills are the things like showing up to work on time, communication, teamwork, etc.,” Fuhrmann said.

Employment and Training collaborated earlier this year with Southwestern Illinois Chamber of Commerce to put together a video — “Building Blocks for Success: Your Choices, Your Career, Your Future.” The video features business and education leaders from the area discussing the importance of soft skills.

Debra Angleton, Planning and Program manager with Employment and Training and chair of Jobs Plus ’19, said employers looking to hire may register for free by calling 618-296-4445 or by visiting http://www.co.madison.il.us/departments/employment_and_training/index.php.

Businesses that register receive an 8-foot table, chairs, and advertising. Wi-Fi will be available for anyone looking to complete online application and on-site copying services.

Angleton said there will be interpreters for the hearing impaired and Spanish speaking job seekers.

Applicants should bring their résumés, be prepared to interview and should be dressed professionally.

“Helping our citizens find jobs and providing them with more opportunities is priority No. 1 for us,” Fuhrmann said.

Additional information about this event may be obtained by contacting Angleton at 618-296-4596 or djangleton@co.madison.il.us.

The expansion adds to the enterprise zone some 160 acres of land on Illinois Route 111, extending along both sides of Airline Drive.

The expansion was recommended earlier last month by the county board’s Grants Committee. It was approved on a 25-1 vote with three board members absent.

Enterprise zones are specially designated district designed to encourage economic development, through tax abatements and other incentives. The zones must be approved by local participating municipalities, the county and then the state.

Much of the area added to the enterprise zone lies within the village boundaries of Bethalto; though some lies in unincorporated Madison County.

County and village officials have declined to name the developers expressing interest in the area; citing nondisclosure agreements.

St. Louis Regional Airport officials have for several years been actively promoting the area around the airfield as a business and industrial campus.

A hotel is a top priority for the airport area, county officials say.

West Star Aviation is currently the largest business in the airport complex.

Perhaps best known to locals for the mount fighter jet on its property, the airport is also based for the Direct TV blimp, when it is in the St. Louis area.

Long-time U.S. Rep. John Shimkus (R-15th District) plans to retire from politics and will not seek reelection in 2020, according to a social media post.

“As Illinois candidates begin to circulate (nominating) petitions …, now is the time for me to announce that I will not be seeking re-election,” Rep. Shimkus posted, Aug. 29, on his Facebook page.

Currently in his 12th term, Shimkus has served more than 20 years in Congress; having first been elected to the House in 1996.

Though a lifelong resident of Collinsville, he has represented three different districts during his tenure in Congress because of redistricting.

Shimkus has been at the forefront of a Republican wave that over 30 years has transformed politics across much of Metro East.

He first won election to Congress by just 1,200 votes. Last year, he won re-election with 70 percent of the balloting.

Shimkus is among 15 House Republicans who have announced they will not seek re-election next year.

He announced his retirement just days after the Aug. 23 death of billionaire political activist David Koch, whose political action committee has been a major contributor to Shimkus campaigns.

However, the congressman cited personal reasons for his retirement.

“Serving in Congress has been a blessing, but it has also been a sacrifice for my wife Karen, and our boys,” Shimkus said in his social media post. “I regret the times I have been away from the four of them and thank them for their constant love and support.” 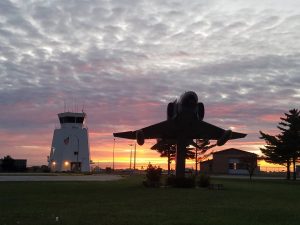 Extended spring flooding along major Illinois waterways this year caused a total of $69 million in damage, according to a federal disaster declaration request filed Aug. 28 by Gov. J.B. Pritzker.

And that total is going to increase.

The governor last week requested a 30-day extension to allow updating of the damage report to reflect effects of severe localized flooding that struck Granite City on Aug. 12.

Preliminary data suggests more than 700 homes were affected after a slow-moving thunderstorm dumped seven to nine inches of rainfall on the town, according to the governor’s extension request.

In all, some 32 counties are requesting public assistance to repair or replace flood damaged infrastructure; with 22 requesting individual assistance for private property owners.

Amid allegations that federal disaster declarations have sometimes been influenced by political considerations, the entire Illinois Congressional delegation, on the same day the request was filed, sent a letter in support of this disaster declaration to President Donald Trump.

It was signed by the entire Illinois Congressional Delegation.

But “spring cleaning” took on new meaning this year in Red Bud, where maintenance crews at the Jerry F. Costello Lock and Dam defied spring flooding for more than two weeks to keep commerce flowing along the Kaskaskia River.

Normally, Costello Lock and Dam is closed to barge traffic when water depth on the Kaskaskia hits 380.5 feet.  That generally equates to 34.0 feet on the Mississippi River gauge at Chester. During periods of high water, backflow from the Mississippi often affects operations at Kaskaskia lock and dam, which is only 8/10 of a mile upstream from the Big Muddy.

This year, however, the U.S. Army Corps of Engineers (USACE) discovered that the Kaskaskia lock could remain in operation at water depths up to 382.5 feet; if debris, that normally clogs waterflow or damages equipment, was cleared.

Four employees were strategically stationed with fire hoses to flush out debris, which could break or become clogged in the mechanical arm that raises and lowers the lock.

The extra maintenance kept the Kaskaskia open to commercial traffic a total for 17 extra days; maintaining a key north-south shipping route while other navigable waterways were closed this spring due to record-duration flooding.

It allowed for 11 more operational days at the end of this year’s first period of flooding in May and June, delayed closing by a day when second round flooding struck in late June, and facilitated opening the lock four days earlier at the end of that second flood.

In all, the Floods of 2019 caused the lock and dam to close for a total of 87 days. Without the maintenance change, the closure could have stretched out for more than 100 days.

A new Corps of Engineers study finds that replacement of lock’s 40-year-old mechanical arms could allow the Costello Lock and Dam to remain operational at 382.96 feet – and without the additional fire hose maintenance.

That would mean an additional 21 days of operation under the flooding conditions experienced this year.

The USACE is seeking $1.5 million to fund the replacement.

It may not match “Bohemian Rhapsody” as a box office phenomenon, but “Miles Davis: Birth of Cool” — a feature-length documentary by Emmy-winning director Stanley Nelson — is poised to become the latest in this year’s string of successful music-oriented films.

In addition to commentary and cameos from the likes of Carlos Santa, John Lennon, and Rodney Dangerfield, the film spotlights the influential jazz musician’s early education in music at East St. Louis High School and development as a bandleader on the local nightclub scene.

Following a debut at the Sundance Film Festival, the film was introduced to the St. Louis market, Aug. 6 at the Tivoli Theatre in University City, Missouri, with a reception the previous day at the House of Miles EStL (Home), 1701 Kansas Ave., in East St. Louis.