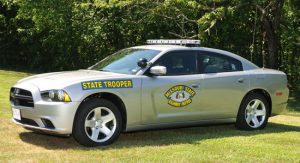 The State of Missouri this week joins a growing effort to curb violence in the City of St. Louis.  At the Chronicle’s deadline, the city had recorded some 153 murders, so far this year — including the deaths of 17 juveniles.

However, critics question the apparent ineffectiveness of efforts to date. They variously citie political bickering, long-term understaffing of the St. Louis Metropolitan Police, and continuing police community relations problems, as factors undermining the fight against violence in the city.

State troopers this week begin patrolling the four Interstate highways that traverse the city: I-70, I-55, I-44, and I-64. Patrols will be conducted in “surges” with four to six troopers assigned to each, according to the governor’s office.

Two troopers are joining a U.S. Bureau of Alcohol Tobacco and Firearms (ATF) Strike Force, which was established in May. The ATF unit works with local police on violent crime cases involving firearms, explosives, arson, and other weapons-related violations such as gun thefts. It is one of only four such ATF task forces in the nation.

Two state troopers have been assigned to the U.S. Marshals Service’s St. Louis Metro Police Department’s Fugitive Apprehension Strike Team, which combines federal, state, and local law enforcement agencies to locate and apprehend the most dangerous fugitives. The unit also assists in high profile investigations. It is one of 60 such units around the nation.

Two state troopers and one cyber analyst have joined the Mission SAVE (Strike Against Violence Early) Task Force; targeting the area’s most violent individuals.  Centered largely around drug-related offenses, the group conducts long-term investigations into organized crime and gang activity.

The St. Louis Board of Aldermen, at the Chronicle’s deadline, was considering a new “Cure Violence” program — which proponents say has reduced violent crime 30 percent in some other cities, through a health-care-based intervention program.

The first nine nominees for a planned St. Louis City-County Board of Freeholders have been announced by St. Louis Mayor Lyda Krewson (D).

An unusual entity, authorized under the Missouri Constitution to consider boundary or other governmental changes in St. Louis city and county, the 19-member board is seen by the Municipal League of Metro St. Louis as a way to address calls for merger of the city and county – coming in large part from banks widely believed to hold much of the city’s $2 billion debt.

However, the board is already being mocked as a “Board of Freeloaders” by critics who say it represents little more than a power- and tax-grab by city politicians and effort to bailout the debt-ridden city.

Petitions to convene the board — with more than 15,500 registered voters from St. Louis County, and more than 4,000 from St. Louis City —  were submitted by the municipal league to election boards on Sept. 16.

Certification of petition signatures by city election commissioners, on Sept.  20, prompted Mayor Krewson to immediately nominate to freeholder board:

State law requires that not more than five of the nine nominees can be members of, or affiliated with, the mayor’s political party.

The St. Louis Board of Aldermen were tentatively expected to consider the nominations at their Sept. 27 meeting.

County Executive Page and Gov. Parsons had not released their board nominees at the Chronicle’s deadline.

The mayor and county executive required under state law to submit their board nominations within 10 days of petition certification.

Once all 19 members have been formally appointed, the board has 14 days to convene.

The board has up to 12 months to consider changes in governance structure.

To take effect, any recommendations issued by the board must be approved to voters in the city and county. The election must be held not less than 90 days after formal publication of the recommendations.

Illinois Comptroller Susana Mendoza has until about Nov. 16 to consider a petition, filed last month by the East St. Louis Firefighters Pension Board, for diversion of city sales tax revenue to the underfunded pension program.

A 2011 pension reform law authorizes the Illinois Department of Revenue to redirect local sales or other taxes, collected by the department for municipalities, from city general funds to municipal employee pension funds which do not meet specified funding criteria.

As of January 2018, the firemen’s pension fund had only 11 percent of the money needed to meet future obligations, according to an Illinois Department of Insurance audit.

Only the cities of Harvey and North Chicago have previously been referred to the state comptroller for underfunding pensions.

Harvey was forced to lay off 40 public safety workers after tax funds were redirected there.

The situation in East St. Louis is likely being watched carefully in Belleville, Alton and dozens of other municipalities, which have been shown in state audits to have underfunded pension plans.

While many believe the revenue diversion will push East St. Louis to the brink of insolvency, Illinois law does not permit municipalities to declare bankruptcy.

Administrators in flood-struck Metro East counties have until Oct. 19  to apply for disaster recovery assistance from the Federal Emergency Management Agency (FEMA).

FEMA will now provide matching-share funding to state agencies, eligible local governments and some private nonprofit organizations, to help cover the cost of emergency work, the repair or replacement of facilities damaged by severe storms or flooding, or disaster mitigation projects to prevent future damage.

The federal grants will cover 75 percent of flood recovery costs, according to FEMA.

The recovery assistance is available to areas affected by severe storms and flooding from Feb. 24 to July 3, 2019

A separate application for assistance to private property owners in 11 flood-struck counties — including Calhoun, Jersey, Madison, Monroe and Randolph — is still pending before FEMA.

Federal officials denied eligibility of assistance to five Illinois counties that reported flood damage; none in the Metro East area.

The St. Louis area has a new landmark.

The City of Grafton, Sept. 28, officially dedicated what local officials believe may be the largest American flag on the Mississippi River.

The 40-by-80-foot flag, atop a 130-foot pole, stands in the Grafton Public Boat Launch, at the confluence of the Mississippi and Illinois rivers.

It was donated by entrepreneur Marcus Lemonis, who has recently taken an interest in the Riverbend area.