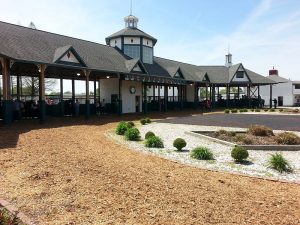 The owners of the Fairmount Park have announced plans to construct a new $50 million casino adjacent to the landmark horseracing facility.

Comparable to the Casino Queen in East St. Louis, the new, roughly 40,000-square-foot gaming house  will ultimately be open 22-hours-a-day, with slot machines, casino table games and a sports book. It will employee 400 full-time workers and 100 part-time staff members, according to Brian Zander, president of Fairmount Park.

A target date for the opening of the new casino building has yet to be set.

However, Fairmount plans to begin offering sports betting, in its existing facilities, later this year or early next.

Construction of Metro East’s third became possible with the enactment of Senate Bill 690, an expansion of the Illinois gaming law, signed June 28 by Gov. J.B. Pritzker.

However, the new facilities must still secure a license from Illinois Gaming Board.

And to do that Fairmount Park must first expand its horse racing program, in line criteria set down in the bill — and that could mean a financial squeeze over the short run.

The Illinois Racing Board recently approved plans for 60 live racing days at Fairmont Park in 2020  — up from just 41 this year.

However, the new gaming law stipulates that Fairmount eventually run 700 races a year to keep its gaming license.

Ideally the track runs seven races a day; meaning about 100 days of racing during a year, according to managers.

Window betting, entry fees and other revenues sources have proven insufficient to cover the cost of horse racing operations.

The expanded schedule will mean increased expense of up to $1.6 million annually, which the racetrack plans to cover eventually out of new revenues from casino games and sport betting.

In the meantime, the track will have to cover those expenses out of pocket.

The state gaming commission is still formulating rules for the sports betting authorized under the new law.

Fairmount Parks officials plan to apply for a license for their sports book operations as soon as the regulations are announced.  Fairmont already has an off-track parlor, for waging on races at other tracks around the state, which managers say can easily be adapted for other sports.

With six casinos already in the St. Louis area, some gaming industry analysts believe the market is already over-saturated.

Rumors of a merger between Fairmont and the employee-owned Casino Queen were not addressed in recent announcement on the new racetrack casino.

State approval of at least slot machine betting at racetracks had been said to be a prerequisite for such a merger.

The Federal Emergency Management Agency (FEMA) announced, Sept. 30, that federal low-interest loans will be available for flood-struck private property owners in 14 Missouri counties — but damage from near-record spring flooding in Illinois counties this year was not sufficient to warrant assistance.

In August, IEMA placed the cost of private sector flood loses across the state at $8.2 million, including damage to more than 1,400 homes and a total of 2.1 million people affected. Seven people died in the flooding.

Hardest hit by the denial is the riverside Jersey County community of Grafton, where some residents and business owners say they may not be able to rebuild without federal assistance.

In Madison County, private sector flood damage was limited to about  a dozen homes and a few businesses, according to county officials.

In Monroe County, flooding affected the 28 families remaining in Old Valmeyer, along the banks of the Mississippi, as well as 60,000 acres of farmland.

St. Clair County did not seek assistance for private property owners, due to low damage totals.

The St. Louis Board of Aldermen and St. Louis County Council this week consider confirmation of nominees for a planned St. Louis City-County Board of Freeholders — amid allegations of political favoritism, questionable credentials, and bias. 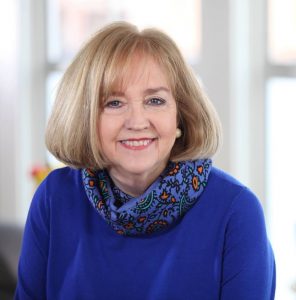 An unusual political body authorized under the Missouri Constitution to propose governmental or boundary changes with St. Louis and St. Louis County, the Board of Freeholders is being formed in response to initiative petitions filed by the Municipal League of Metro St. Louis.

Municipal League Executive Director Pat Kelly launched the petition drive, early this year, in response to the now-failed “Better Together” campaign to merge St. Louis city and county through a statewide vote.

Proponents call for merger of St. Louis city and county as a means of addressing the city’s $2 billion 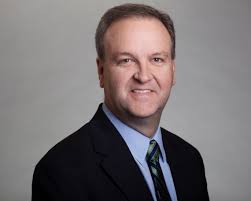 debt and promoting social equity across the region.

However, opponents say it represents little more than a bailout for investment banks holding city debt.

Hearings on Mayor Krewson’s Freeholder nominees were scheduled before a St. Louis aldermanic committee, as the Chronicle went to press.

The St. Louis County Council was still trying to decide whether to hold a committee hearing on County Executive Page’s nominees or immediately consider confirmation through council action.

St. Louis and St. Louis County, though sharing a name, have been separate entities since 1876.

Work is already underway on the complex’s Ruggeri and Brenton buildings. Demolition of its Starnes and Rukavina building is to begin next month — even though the latter is still occupied and many residents say they have nowhere to go.

In all, the four buildings at 2901 Waverly Avenue comprise some 365 housing units — about one fifth of the city’s public housing stock.

Demolition of the city’s oldest public housing development, the Samuel Gompers Homes at 450 N. Sixth St., is anticipated over the coming months. That complex has 232 units.

The housing authority proposes to redevelop with sites, perhaps with a mix of low-income, market-rate and commercial building, though exact plans have yet to be determined. A meeting to gather input from residents of the Gomers Homes was held last month.

Management of the East St. Louis Housing authority was returned to local officials in August of last year, after years of oversight by federal officials.

In all, the authority operates 12 housing complexes.

The Illinois State Board of Education (ISBE) will hold its regular monthly meeting — as well as a special public hearing on the state education budget for the coming fiscal year — on Wednesday, Oct. 16, at the East St. Louis Public Schools Administration Building, 1005 State St., in East St. Louis.

Authorizing legislation for the reformed funding system, passed in 2017, was a top priority for many Metro East lawmakers and school administrators.

The East St. Louis budget hearing is one of four being held around the state this month by the ISBE.

While the board invites public input at the hearing, all formal funding requests must be submitted using an online form at www.isbe.net/budget, according to Illinois Education Superintendent Carmen Ayala.

The ISBE will send a package of school budget requests to Gov. J.B. Pritzker and the state General Assembly in January.