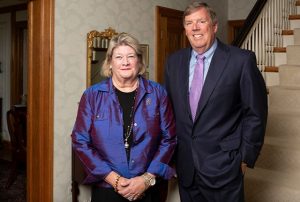 In honor of his parents’ accomplishments with the former Lakeview Museum of Arts and Sciences, T. Bondurant “Bon” French and his wife, Hollis “Holly” S. French, have donated $1 million to the Peoria Riverfront Museum. The gift was announced by PRM June 11.

Chairman of the board of the Chicago-based private equity firm Adams Street Partners, Bon French was raised in Peoria and graduated from Woodruff High School in 1971. He attended Northwestern University and received his MBA from the Kellogg Graduate School of Management.

“We make this investment in the Peoria Riverfront Museum now because we believe the Museum is on the rise with a unique multidisciplinary mission that is making a difference for many thousands of people,” Bon French said in a statement.  “We also wanted to give back to Peoria and supporting the Museum is one of the ways we could do that.”

Discussions between French and PRM president and CEO John D. Morris began last year, and it was decided that the money would be divided into two funds.

The first fund will be named after Bon’s mother Joan Trenchard French, who was a founding member of the Lakeview Museum of Arts & Sciences, and created the museum’s first docent and school loan programs, along with an after-school program for underserved areas in Peoria. She also chaired Lakeview Museum’s first annual fund drive. 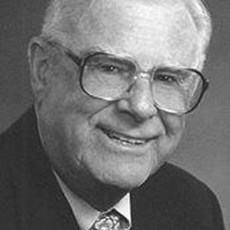 The late Taylor French, passed away in 2016, and was an avid duck hunter who had a passion for decoy folk art.

The site of the Lakeview Museum on Lake Street closed in 2012 and the museum was absorbed into the new museum on Washington Street. The museum’s lower-level welcome center will be named in her honor.

The second fund will be named in honor of Bon’s late father Taylor French, who was an avid duck hunter with a passion for decoy folk art. He passed away in Florida in 2016, and lived most of his life in Peoria, where he served as chairman of the board for Lakeview Museum, The Heart of Illinois United Way and the South Side Mission.

A portion of the Taylor French Fund will support the PRM’s new Center for American Decoys.

“Bon French is among the most respected business leaders and major donors for museums and education in Chicago,” Morris said.

“When we began discussions we wanted to find a way to help him do something very special for his hometown while also honoring his parents. This extraordinary gift is the largest of its kind from a former Peorian in support of the museum and its mission. Lives will be changed because of it,” he said. 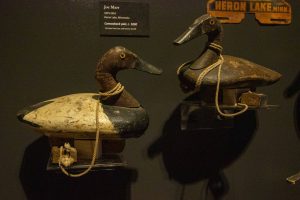 Bon French is past chair of the board of the Chicago History Museum and is board chair for the Center for Railroad Photography & Art in Madison, Wisconsin.

His passion for railroad photography was shared with the late Peoria Mayor C. Richard Neumiller, whose daughter, Kate Schureman, is the PRM’s CEO. In 2014, launched the funding campaign for his alma mater, “We Will. The Campaign for Northwestern”, which has, to date, raised more than $4 billion.