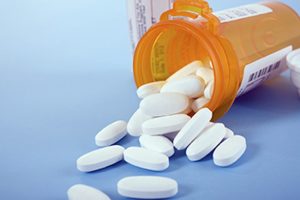 Central Illinois police and medical examiners say a disturbing trend in the fight against drug abuse are so-called pill parties, where teens and young adults take prescription medications that are not their own, with often serious consequences.  (Photo U.S. Centers for Disease Control and Prevention)

As the head of the Pekin Police Department, John Dossey views the role his force plays in the community as an evolutionary one. While much of the officers’ duties are still of the law-and-order variety, an increasing amount of attention is shifting toward other strategies as well.

This change is especially true in the community’s war against heroin, fentanyl and other dangerous, addictive types of opioid drugs.

“It’s a mindset change from the police officer’s perspective,” Dossey said. “We’re now looking at it from a problem-solving standpoint.”

Those problem-solving skills are especially true, Dossey said, as the agency collaborates with other organizations, including the Tazewell County Health Department, the city of Pekin and local school systems.

Jamie Harwood, who was recently elected Peoria County coroner, holds a similar perspective to addressing drug overdoses. Since assuming office, he said he has worked with a number of officials and organizations, including persons involved in Peoria Mayor Jim Ardis’ coalition against heroin.

Harwood, whose background is as a registered nurse, said deaths from heroin and other types of highly potent drugs remain problematic, though he said it is not a new phenomenon.

“I find it disturbing,” Harwood said of the statistics. “We’ve been paying attention to it, and it continues to be a growing problem. But this is not new, quite frankly. There’s just been more attention toward it.”

According to numbers from Harwood’s office, 37 drug-related deaths were reported across Peoria County this past year. Of those, 16 contained some form of heroin.

Tazewell County also notched a high number of heroin-related deaths, compared to prior years. According to 2016 numbers from coroner Jeff Baldi’s office, 10 persons died while having at least a trace of heroin in their system.

Officials in McLean and Woodford counties did not respond to repeated requests for last year’s drug-related death numbers, though historical data from the Illinois Department of Public Health reveal just how prevalent the problem is in both regions.

A similar scenario occurred in Woodford County, where overdose deaths doubled, from four in 2013 to eight in 2014.

Dossey, Harwood and other officials across Central Illinois said they are pleased with the growing attention toward the drug overdose epidemic, though they are quick to point out more work is needed.

One of the more recent plans of attack is at the root cause. One disturbing trend are so-called pill parties, where teens and young adults take prescription medications not intended for them. Without any awareness of a drug’s side effects or other implications, the recipients recklessly take the drugs.

Harwood said his office is attempting to combat the availability of unused prescription medications whenever possible.

Case in point: When a staffer within Peoria County’s Coroner’s office responds to a death-related call, regardless of the cause, all controlled substances are taken into custody and handed over to the Peoria County Sheriff’s Office for further handling.

Dossey noted the growing trend as well and said his department is attempting to do what it can to combat the problem, particularly for persons who might be addicted to a certain prescription drug.

A year ago, Dossey said his department had been responding to an abnormally large number of prescription medication theft reports. The alleged victim, Dossey said, wanted the police report on hand so he or she could go to the pharmacist and get a refill.

Additional steps have since been taken, Dossey said, in an effort to safeguard against persons abusing prescription drugs and engaging in the felonious activity of filing a false police report.

Pekin and other police agencies in the Central Illinois region are attempting other reactive and proactive strategies as well, including an initiative dubbed Safe Passages, which is done in conjunction with an addiction treatment center in Springfield.

At the moment, Pekin and a small handful of other departments are specifically using Safe Passages, though others could be following. In Pekin’s case, city residents addicted to heroin or another dangerous drug will not be arrested or prosecuted if they turn in all drugs and paraphernalia and agree to enter the Springfield care facility.

From his vantage point, Dossey said Safe Passages is a direly needed program to help persons battling drug addiction seek the treatment they need. Since its rollout in Pekin in September, Dossey said 13 persons agreed to the department’s provisions.

“That’s not a number I was expecting,” Dossey said as he expressed surprise in the high participation thus far.