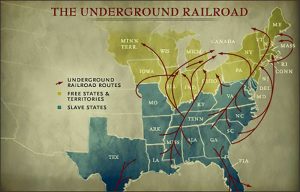 On Friday, June 18 at 4 p.m. at Woodrow Cemetery on Coers Lane in South Pekin, the third in a planned series of events to recognize individuals who had served as coordinators of the Underground Railroad through Tazewell County will take place.

The event, which is free and open to the public, is being hosted by the Tazewell County Genealogical & Historical Society, NAACP Peoria Branch, city of Pekin Human Rights Committee, YWCA Pekin’s Coalition for Equality, and Tazewell County Clerk John C. Ackerman.

This event will mark the first ever public celebration of Juneteenth in Tazewell County, which only earlier this month was recognized as a state holiday. This service will honor and celebrate Samuel Woodrow, Hugh Woodrow, William Woodrow, and John Sommers, all of the now gone community of Circleville in Tazewell County.

Of note is that Samuel and Hugh Woodrow were both among the founders of the city of Pekin, with Catherine Street in Pekin named for Samuel’s wife and Amanda Street is named for Hugh’s wife. While this celebration is taking place in South Pekin, near the old community of Circleville, the connection of these important community leaders to Pekin will be highlighted during this event.

Pekin also has a direct connection to the country’s first Juneteenth Celebration on June 19, 1865, as Union Army soldiers from Pekin, under the command of General Gordon Granger in Galveston, Texas, when he announced the end of slavery, emancipating the last remaining slaves.

“At the time of these individual’s death, participation in the Underground Railroad was still controversial. Their efforts to assist enslaved individuals was not as celebrated as it is today” said Ackerman. “This history has been documented, but even today you need to know about it to look it up. No marker or public indicator is available hinting to this courageous historic history within Tazewell County.”

“The purpose of this series of Public Recognition Events is to properly recognize the work of these individuals, bring public awareness to the existence of the nationally celebrated Underground Railroad here in Tazewell County, and most importantly to add a permanent marker at the gravesites of these individuals for future generations indicating their involvement as a Underground Railroad Coordinator.” continued Tazewell County Clerk John C. Ackerman.

Beginning sometime in the late 1820s and continuing throughout the Civil War, an estimated 800 enslaved individuals passed through Tazewell County on a pathway to freedom in Canada, thanks to a secretive network of citizen volunteers, which today is nationally recognized as the Underground Railroad.

Future events are being planned for Delavan later in 2021 and culminating in Washington in April 2022, marking the 175th Anniversary of the arrest and trial of Underground Railroad Coordinators George Kern of rural Metamora and John Randolph Scott of Washington for harboring slaves.