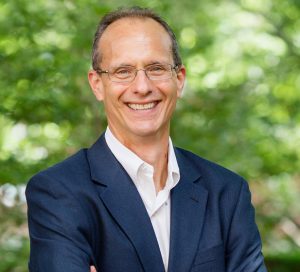 With the COVID-19 pandemic waning, worker shortages at restaurants, retail stores and hotels have slowed the recovery of some sectors of the U.S. economy. Will workers eventually come back to those industries in higher numbers when extended unemployment benefits expire?

Robert Bruno, a professor of labor and employment relations at the University of Illinois Urbana-Champaign, spoke with News Bureau business and law editor Phil Ciciora about the link between job quality and worker shortages. Bruno is the director of the Project for Middle Class Renewal, a research-based initiative tasked with investigating labor policies in today’s economy.

Why are there worker shortages in certain industries right now? Is it because unemployment benefits are too generous, or have workers recalibrated their expectations for what they want out of a job now that the COVID-19 pandemic is receding?

I think it’s more that, post-pandemic, people don’t want to work at low-quality jobs anymore. We’re getting a unique perspective on just how many low-quality jobs there are in the U.S. and how both employers and employees differentially value them. Employers think it’s OK to castigate potential employees who won’t work for below middle-class wages. With employers everywhere looking to quickly rehire, workers have some leverage and they’re using it to temporarily stay out of the labor market in certain industries.

The big issue is that there’s a gap between the wage bid from employers and the ask from employees. A $13 per hour job doesn’t look so good right now, but that same job at $17 or even $20 per hour looks a bit better. There’s also the need for affordable child care that employers continue to ignore. It’s not a question of people being too lazy to work. They just don’t want to work at a poorly paid, low-quality job, so they’re biding their time until they can find something better. They’re acting rationally.

With that said, the biggest increases in labor force participation are in the retail, restaurant and hospitality industries, and the reason why is those industries were so decimated by the pandemic that they’re almost starting from zero.

Wages are just one variable. What other factors play a role in employers not being able to fill a vacancy?

Beyond rate of pay, there are several other dynamics that go into elevating a low-quality job into an acceptable-quality one. Obviously, there are other hard benefits like medical coverage, paid time off and retirement benefits. But there’s also how you’re treated on the job, how many hours you’re going to be scheduled for and how consistently you’re going to be scheduled. If the worker has children, does the job provide any child care benefits or allow for a flexible schedule for a better work-life balance? Is there mandatory overtime, or are you asked to do multiple tasks? Is there career development? And now that we’re getting to the other side of the pandemic, is the job safe?

In brief, what you see isn’t just inadequate wages but also an explicit recognition of just how many poor-quality jobs prop up our economy. And employees are essentially being more selective. If they have a better option, they are going to choose the job that best contributes to their well-being. 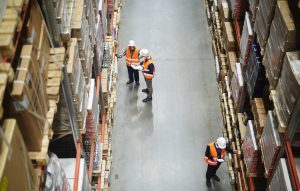 “What you see isn’t just inadequate wages but also an explicit recognition of just how many poor-quality jobs prop up our economy. And employees are essentially being more selective,” said U. of I. labor expert Robert Bruno.

Are we experiencing an inflection point in terms of filling low-quality jobs?

In some ways, yes. If nothing else, it’s certainly revealed how dependent a good chunk of our pre-pandemic economy was on forcing workers to accept low-wage, low-quality jobs and on maximizing employer control over them. It’s a reckoning now because employees have a bit more leverage – and they’re using it.

It’s also true that state economies are now opening in big ways and all employers are trying to go from zero to 100 at the same time. Therefore, it might take a little bit of time to hire everyone that you want, and for employers to figure out what they need to do to attract people to the job. In other words, there’s going to be a certain amount of personnel churn. A year from now, we may see it differently.

Do you foresee the leverage that employees have right now evaporating once the extra unemployment benefits expire in September?

The amount of leverage that workers have and the power relationship between employers and workers is always the product of government policies that are enforced to compel or attract people into the labor force. When you remove that $300 benefit, that’s going to have an impact on that power relationship. No doubt about that.

At the same time, I don’t see the $300 as a big factor in keeping workers out of the job market. Keep in mind, the benefit is temporary and workers’ leverage is also transitory. It probably plays a bigger role in job selection, but there have been and will continue to be plenty of job gains at the lowest wage levels. And, interestingly, there doesn’t appear to be a strong relationship between state unemployment rates and their labor participation rates.