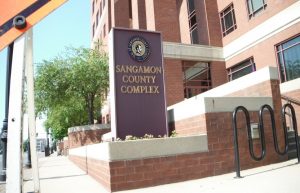 The Sangamon County Board is preparing to vote on several nonbinding referendum for the November election to gauge support for consolidate units of government.

A central Illinois county is preparing to vote on several nonbinding referendum for the November election to gauge support for consolidate units of government.

Brian McFadden, Sangamon County administrator, said he expects the county board to vote Aug. 9 on several advisory referendum such as consolidating fire protection districts and getting rid of township collectors.

“We’re one of I think maybe two left in the state of Illinois that still have township collectors,” McFadden said. “There’s a potential for a question on that. Township assessors is another township office they’ve looked at.”

McFadden said those results could be taken to state lawmakers to show support for consolidation measures.

“Usually it’s helpful to get that gauge of where people are at whether they’re strongly for something, strongly against it, kind of lukewarm on it,” McFadden said. “That I think is what they’re looking to do.”

State Rep. David McSweeney (R-Barrington Hills) has pushed for government consolidation efforts at the statehouse and said the state should let local communities decide what should be consolidated.

“I think that is the best way to do it, you put the power in the hands of these local governments,” McSweeney said.

McSweeney said the focus of consolidation should be providing better quality service at lower costs.

“The goal is to do both and figuring out the right solution, and that is an effort communities need to do in partnership with the people they’re representing,” Booth said.

— Sangamon County voters to weigh in on consolidation —