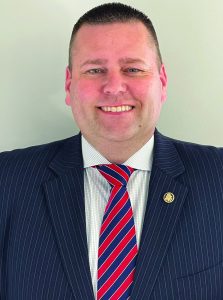 In this week’s row crop roundup we have news about leadership changes in the IFCA, along with info on a bullish hog market, surprises in USDA’s planting intentions report and more …

USDA’s March Hogs and Pigs report showed that the March 1 inventory of all hogs and pigs stood at 74.8 million head, down some 3 percent from last quarter and 1.8 percent from last March, compared to pre-report estimates of 0.1 percent higher. The report estimates are mostly around or below the lower end of the range of pre-report expectations and represent the first March-over-March reduction since 2014, Franken explained in a report published by the University of Illinois farmdoc team.

“The heaviest two weight classes of 120 to 179 pounds and over 180 pounds are both 2.5 percent lower than last March and also 3 percent and 1.3 percent lower than pre-report expectations, respectively, while the 50- to 119-pound class and under 50-pound class are 1.6 percent and 1.9 percent lower than expected. Hence, it appears that market-ready supply especially is smaller than anticipated. Overall, the number of hogs weighing less than 180 pounds is nearly 1.6 percent smaller than a year ago, and these will be the market hogs arriving at processing plants from April to August 2021,” said Franken, in his report issued March 29. Graphs associated with the article may be viewed at: https://uofi.box.com/s/ikie8zpmlsc8rc8m387zd6bkewkcwfoi.

SPRINGFIELD — On April 1, American Farm Bureau Federation President Zippy Duvall aligned with Vice President Kamala Harris and others to launch the COVID-19 Community Corps. AFBF is a founding member of the initiative, which seeks to increase vaccine confidence. In his remarks, Duvall underscored the organization’s commitment to spread the word about the vaccines’ safety and effectiveness. Duvall also lauded the efforts of farmers across the country in helping their employees stay healthy by making sure they had access to vaccines.

In Illinois, Agriculture Director Jerry Costello joined the leaders of the agricultural departments in six Midwestern states in releasing a video message encouraging people to get vaccinated for COVID-19 when they are eligible. Along with fellow agriculture department directors, commissioners and secretaries, Costello shared his appreciation for the essential agricultural and food workers who never stopped working throughout the COVID-19 pandemic. In addition to touting the vaccines’ safety and effectiveness, the ag leaders emphasized the importance of continued mask wearing, social distancing, and hand washing to minimize the spread of COVID-19 while vaccination continues. (AFBF/Illinois e-News)

BLOOMINGTON — Jean Payne, who served as president of the Illinois Fertilizer and Chemical Association for 17 years, stepped down on March 31 to join her husband, former Illinois Farm Bureau official Rae Payne, in retirement. Her intention to retire was indicated to the IFCA board of directors many months ago. Selected as interim president was Kevin “KJ” Johnson, who had served as director of government and industry relations for IFCA since 2013.

“KJ has excelled as the IFCA’s director of government and industry relations for the last eight years. He has incredible relationships with government agency staff, state and federal legislators, other organizations, and representing the agricultural input industry most importantly our members. The IFCA board of directors is very confident in KJ taking over as president, but the interim title will allow both the IFCA board and KJ to make sure this is the correct fit long term,” said Tadgh Davis, IFCA board chairman, in a news release.

Johnson, who grew up on a farm in Champaign and Vermilion counties and earned a degree in agriculture and political science from Illinois State University, worked as the agricultural liaison for former congressman Tim Johnson. In his new role with IFCA Johnson’s duties will include oversight of regulatory and legislative issues and the development of programs that promote stewardship and safety for the nutrient and agrichemical industry, along with management of the overall operations and resources of the IFCA.

BLOOMINGTON — USDA shocked the markets with last week’s low planting intentions estimates of just 87.6 million acres of soybeans and 91.1 million acres of corn nationwide in 2021, leading many to wonder just how the estimates are calculated. The answer: it’s all about farmer surveys to kick off the season, according to Lance Honig, chief of the crops branch at NASS.

“The report provides the first survey-based look at planted acres for all major crops in the upcoming season,” Honig said. “We reached out to nearly 80,000 producers to see what their intentions are in light of current economic conditions.” The contacts were made the first two weeks of March, so they are truly just “intentions,” he added. “With planting still several weeks away in most areas, these plans certainly can and often do change. In fact, this report can be one of the tools used by farmers when finalizing planting decisions.” NASS will resurvey farmers in June; that data will be combined with satellite information and FSA-certified acres to develop final planting estimates later in the year. (Illinois Farm Bureau news)

Around 70 percent of grain entrapments occur on family farms. (OSHA)