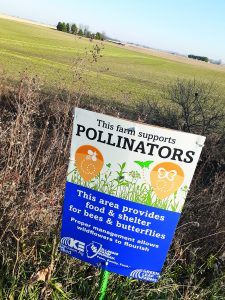 Cover crops were in full bloom in November at Green Leaf Farms, located between Dunlap and Princeville in Peoria County. A program in Illinois pays farmers a $5 per acre premium for planting covers. (Photo by Tim Alexander)

In this week’s farm and rural news report we have a rundown on the cost of your 2020 Thanksgiving meal, along with handy advice for farmers preparing for their year-end appointment with an accountant. In addition, we have details of new rules associated with Illinois’ cover crop premium program in 2021. Please read on …

AFBF: Cost for turkey, trimmings down

WASHINGTON, D.C. — The American Farm Bureau Federation’s 35th annual survey indicates the average cost of the Thanksgiving feast you likely enjoyed last week remained affordable at $46.90, or less than $5 per person. This represents a $2.01 decrease from last year’s average of $48.91 for a family of 10.

“The average cost of this year’s Thanksgiving dinner is the lowest since 2010,” said AFBF Chief Economist Dr. John Newton. “Pricing whole turkeys as ‘loss leaders’ to entice shoppers and move product is a strategy we’re seeing retailers use that’s increasingly common the closer we get to the holiday.”

The centerpiece on most Thanksgiving tables — the turkey — costs less than last year, at $19.39 for a 16-pound bird, according to the AFBF. That’s roughly $1.21 per pound, down 7 percent from last year and the lowest since 2010. The shopping list for the survey includes turkey, stuffing, sweet potatoes, rolls with butter, peas, cranberries, a veggie tray, pumpkin pie with whipped cream, and coffee and milk. (AFBF news)

Columnist’s note: The small-town, chain grocery store we patronize had store brand turkeys priced as loss leaders; we paid about $5 for a 15 pound, “antibiotic-free” turkey for our family of four (with an additional $25 purchase). How much did you pay for your turkey this year? Let us know in the “comments” section of the online edition of this column.

BLOOMINGTON — Illinois Farm Business Farm Management field staffer Whitney Warner advised farmers on how to best prepare for a year-end appointment with their accountant in the era of COVID-19. In a blog she posted on www.ILSoyAdvisor.com Warner offered five bits of advice, including showing up at your accountant’s office with a positive attitude.

“The end of the year is stressful for everyone. Add in a global pandemic and everything else 2020 has brought, this year-end might be more stressful than usual,” said Warner. “Things are likely going to look and feel different in your accountant’s office than in years past. You may be asked to meet virtually, wait in your car until they are ready for you, sit on the other side of a sneeze guard or don a mask. Show some understanding if your meeting gets canceled at a moment’s notice due to sickness or quarantine requirements. Do not hesitate to call and reschedule if you or someone in your home is feeling unwell. They will understand and gladly move you to a later date or service your needs from a virtual platform.”

In addition, Warner suggests meeting with a tax preparer as soon as possible to identify tax return “goals” and how to achieve them.  Also on the list: a complete and accurate set of records, a list of equipment purchases and trade information and W-2 and 1099 information for any employees, contracted workers and those who receive cash rents or interest income from you.

“Having these items prepared will help your year-end meeting run efficiently and make things a little easier if getting together in person is not an option,” said Warner. “Don’t forget to take some time to focus on some positives 2020 has brought to your operation and identify new goals for 2021.”

SPRINGFIELD — The sophomore year of the state of Illinois’ Fall Covers for Spring Plantings program will feature some new requirements, the Illinois Department of Agriculture announced last week. Notable among the changes: applicants will now be required to certify their cover crops through their local Farm Service Agency office before applying for the program. They will also need current FSA-578 and federal crop insurance policy numbers for the 2021 application process.

An additional 50,000 acres of cover crops were planted in Illinois last year as a result of the program, which was initiated by state senators Scott Bennett and Andy Manar. Seventy percent of applicants indicated they were planting cover crops for the first time. Eligible participants receive a $5 per acre premium discount on the following year’s crop insurance invoice.

Farmers can apply for the 2021 program beginning December 15, 2020 by completing the application (soon to be) posted on the IDOA website. (Illinois e-News)

PEORIA — The six year-old libel lawsuit filed against U.S. Rep. Darin LaHood (R-IL17) and his predecessor Aaron Schock by a Peoria County farmer who ran for local office in 2014 is apparently heading back to court. After reportedly reaching a preliminary settlement in September, Richard Burns’ Peoria-based attorney, Christopher Ryan, filed a motion in November to rescind the settlement and schedule a trial.

Burns, a Democrat, was running for the Peoria County Board against Brad Harding, a Republican and also a farmer, when a mailing was sent to voters in Peoria County Board District 16 alleging Burns had been banned from showing livestock at the Illinois State Fair due to questions over his integrity. Burns, who is married to current Illinois Department of Natural Resources Director Colleen Callahan, denies the allegations and holds Republicans LaHood and Schock — whose signatures appeared on the mailings — responsible for damages.

Ryan accuses LaHood and Schock of ignoring deadlines agreed to by the parties for when terms of the settlement would be finalized, as well as willfully ignoring messages he left with the politicians’ attorneys. Their actions have prevented the settlement from being finalized, according to Ryan, resulting in his refiling of the lawsuit.

The 39th Greater Peoria Farm Show was originally scheduled for this week at the Peoria Civic Center. Regarded as Illinois’ largest indoor farm show, the GPFS has been rescheduled to March 9-11, 2021, as a result of ongoing COVID-19 concerns. (Midwest Sho