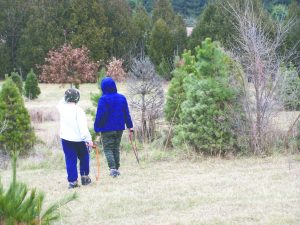 In this Christmas stocking edition of your weekly news roundup for Illinois farmers and rural dwellers, the possibility for stronger corn prices in 2020 nudged higher in December based on the promise of export trade deals. Relatedly, the USMCA trade deal is now handed to the Senate for final consideration. Will approval come by the time this column goes to print? 2020 appears to be shaping up to be potentially a better year for farmers than the past few, at least trade-wise — please read on for optimistic, year-end reports affecting rural Illinoisans …

URBANA — The potential for stronger corn prices in 2020 could be buoyed by the completion of a “phase one” trade deal between the U.S. and China despite limited details on its terms, reports University of Illinois agricultural economist Todd Hubbs.

“While we wait on the information associated with the trade agreement, a series of reports come out on Jan. 10 that provide an indication of the direction for corn prices as we move toward planting season. One of the key reports released on that date is the Dec. 1 corn stocks report,” Hubbs noted in his U of I ACES News Weekly Outlook for Dec. 16.

The economist added that it is difficult to predict the USDA’s Dec. 1 corn inventory estimate because the final estimate of the 2019 crop, and the scale of consumption during the first quarter of the marketing year, are unknown. With the December forecast for corn production at 13.66 billion bushels, a correct projection — which Hubbs sees as likely — appears “somewhat bearish” for corn prices, he said.

For the 2019-20 marketing year, the USDA projects domestic corn consumption for the production of food, seed, and industrial products other than ethanol at 1.415 billion bushels, identical to 2018-19. “If USDA projections are correct, the first quarter of this year would have resulted in a use level of about 345 million bushels,” Hubbs said, also considering USDA export estimations, grain crushings and co-products production.

WASHINGTON, D.C. — The United States-Mexico-Canada trade agreement was formally approved by the full House of Representatives on Dec. 19, and heads to the Senate for final amendments before going to the desk of President Donald Trump. The bipartisan approval of the measure by the House couldn’t have come at a better time for farmers and the nation, stated American Farm Bureau Federation President Zippy Duvall.

“Farmers and ranchers have been hit with the perfect storm of low commodity prices, weather disasters, trade disruptions and a severe downturn in the farm economy. The USMCA will provide continuity in the growth of the North American market and will strengthen our trading relationships with Canada and Mexico,” Duvall said in an AFBF statement. “We are hopeful that USMCA can be a model for future U.S. trade agreements, as these modernized rules will be a strong guide for addressing continuing issues. We urge the Senate to quickly approve the USMCA.”

SPRINGFIELD — Continuing on the topic of trade, it has been five years since former President Barack Obama and Cuban trade officials announced efforts to normalize relations and eliminate barriers to commerce, including agricultural commodity, technology and machinery trade. Though not much progress has been made towards breaking down final trade barriers (remember ex-U.S. Defense Secretary John Bolton’s inclusion of Cuba in his recent “Troika of Terror” speech), Illinois-Cuba Working Group executive director Paul Johnson remains optimistic progress will be made with future administrations, he said in a recent phone call. Cuba remains an important market for Illinois ag products and commodities, Johnson noted in a Dec. 16 ICWG news release marking the five-year anniversary of the pact. “The ICWG will continue advocating for its goals of improving agricultural trade relations with Cuba,” Johnson said.

The ICWG was created via an Illinois resolution unanimously approved in the 2013 Illinois General Assembly. The group believes the development of the Cuban economy can be as beneficial to Cuba as it can be to the United States, and would provide trade opportunities for U.S. industries as well as small and medium enterprises, according to Johnson.

ISA thanks House for biodiesel support

BLOOMINGTON — The Illinois Soybean Growers group closed 2019 with thanks for the House of Representatives for passing legislation that includes extending the expired federal biodiesel tax credit until 2022.

“Biodiesel is a vital market for Illinois soybeans and adds value to every bushel that we produce,” said Doug Schroeder, Illinois Soybean Growers president, who farms near Mahomet. “This removes some of the uncertainty that the industry and our farmers have been facing. Biodiesel also contributes to cleaner air and fewer greenhouse gas emissions while supporting jobs in Illinois. We now ask the Senate to support the biodiesel tax credit.” ISG has a website that allows soybean growers to connect directly with legislators, the news release noted.

SPRINGFIELD — The annual Conservation Cropping Seminars are scheduled for Jan. 21-23 at the DoubleTree Hotel in Mount Vernon, the DoubleTree Hotel in Bloomington, and the Hickory Grove Conference Center in Rochelle. “This is the seventh year for the (CCS) which bring together tried and tested farm authorities and research driven industry professionals to discuss the successes and failures of transforming to a more sustainable operation,” stated John Sullivan, director of the Illinois Department of Agriculture.

“These seminars are the perfect place to begin having these conversations and start making those changes,” added Ivan Dozier, Illinois State Conservationist with the Illinois Natural Resources Conservation Service. Registration is open online or by calling the Champaign County Soil and Water Conservation District at 217-352-3536. (Illinois e-News release)

Today, Cuba imports $2 billion in food annually. The U.S. has only a 10 percent share of this market. (Illinois-Cuba Working Group)