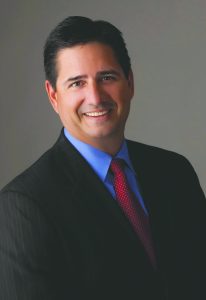 In this week’s Illinois farm and rural news roundup, we have details on Gov. J.B. Pritzker’s choice to assume the vacated position of Illinois Agriculture Director, Jerry Costello II. And speaking of transitions, the Illinois Soybean Association has named a new CEO. Also: an analysis of the novel coronavirus’ impact on corn futures prices, and details on Illinois Farm Bureau input during a recent House committee hearing on trade. Please read on …

SPRINGFIELD — Jerry Costello II, currently the director of law enforcement for the Illinois Department of Natural Resources, has accepted Governor J.B. Pritzker’s invitation to assume the role of Illinois Department of Agriculture director. In the past, Costello represented the 116th District in the Illinois House (2011-19) and served as chair of the House Agriculture and Transportation Committee. The Southern Illinois University graduate, U.S. Army 82nd Airborne Division veteran and former law enforcement officer had also served on the Pritzker-Stratton Agriculture Transition Committee, which was co-chaired by John Sullivan — whom Costello will replace as agriculture director after Sullivan’s abrupt firing.

“With farming playing an important role in his family’s history and a career of public service, there’s no better person to lead the Illinois Department of Agriculture at this time than Jerry Costello,” Pritzker stated in a Feb. 28 news release. “Our agriculture sector drives our state’s economy to the tune of $19 billion every year, and I’m confident that Jerry’s deep experience will bring a steady hand to the department and continue the impressive growth of this vital industry.”

“I’m honored to continue serving the people of Illinois and excited to take the helm at the department I once oversaw in the state legislature,” said Costello, now officially the “acting” director of the IDOA. “As a leading producer of soybeans, corn and swine, Illinois is home to the most dedicated farmers in the world, and I look forward to partnering with them to grow our state’s agricultural economy.”

Costello’s appointment is contingent on confirmation by the Illinois Senate. (Illinois e-News)

URBANA — In a world increasingly connected, the Chinese-borne novel coronavirus sweeping across borders is having an immediate effect on U.S. corn futures prices. This is according to Todd Hubbs, University of Illinois agricultural economist, who notes that old crop July futures maintained a range between $3.95 and $4.05 from mid-December until the outbreak of the coronavirus in late January.

“Since the emergence of the disease, old crop futures continue to grind lower with July futures closing last Friday at $3.83. The macroeconomic and global demand uncertainty associated with the virus looks to continue over the near term and place downward pressure on prices,” Hubbs stated in an essay, “Corn Prices: Farmer Holding and the Coronavirus,” published Feb. 24 by the U of I College of ACES. He added that old corn crop inventories appear sufficient until new crop supplies become available: “If basis strength reflects underlying demand fundamentals rather than farmer holding, a reckoning for old crop futures prices lies in wait.”

IFB to Washington: trade, not aid!

BLOOMINGTON — Illinois Farm Bureau President Richard Guebert Jr. offered testimony to the U.S. House Ways and Means Committee during a Feb. 26 hearing on U.S.-China trade in Washington. Of the most concern was China’s failure to begin honoring terms of the announced “phase one” trade restoration agreement between the U.S. and China that calls for China to purchase record amounts of U.S. corn and soybeans during 2020-21.

“We recognize that China is managing through a deadly coronavirus outbreak, (and) that the purchases called for in the agreement have not happened yet. And that USDA economists have not even built those anticipated phase one sales into their export reports. We certainly know the markets have yet to move,” Guebert said. “But farmers are optimistic. We understand that we are just at the beginning of an exciting new chapter, and we patiently await the benefits of this new trade agreement.”

Guebert acknowledged that USDA Market Facilitation Program payments made to farmers to mitigate export trade losses have covered nearly all their lost income, farmers prefer trade over aid. “I certainly hope no one on this committee or watching this hearing doubts that Illinois farmers, like all farmers across this country, would much rather earn their living from the marketplace. We would much rather have expanded trade,” he said.

Guebert’s full testimony can be accessed through the IFB media website: www.farmweeknow.com.

BLOOMINGTON — The Illinois Soybean Association selected a new CEO, John Lumpe, earlier in February. The Ohio native told me during a phone chat last week that he has since been busy settling into he and his wife’s new home in Bloomington and “making the rounds” within the Illinois agriculture community.

“I look forward to this exciting opportunity to serve Illinois soybean farmers who are world renowned for their tremendous contributions to the agriculture industry,” says Lumpe. “Illinois is consistently the number one soybean state in the nation and I look forward to working with Illinois farmers to continue that legacy.”

As administrator of the state soybean checkoff program, Lumpe said he would strive to advance ISA’s commitment to achieving maximum profitability and global market positioning for its 42,000 soybean-growing members. “John Lumpe will be a tremendous asset to the organization. We are excited about his vision for propelling Illinois soybean farmers to even greater heights,” stated Doug Schroeder, ISA chairman, in an ISA news release.