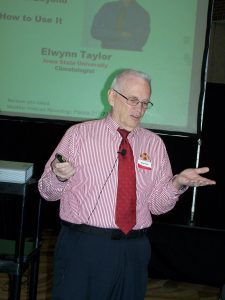 This week’s farm and rural news roundup is led by the failure of Congress to pass a new farm bill as time expires on the 2018 legislative session. What does this failure mean to Illinois farmers? Also this week: a rundown of the 37th annual Greater Peoria Farm Show, which takes place Nov. 27-29 at the Peoria Civic Center, and a look at the cost of your Thanksgiving meal. For more info, please read on …

BLOOMINGTON — With the days until the end of the 2018 legislative calendar coming to an end, Congress has yet to approve a final farm bill at press time for this issue. Failure to pass a 2018 Farm Bill, which appears likely as Democrats and Republicans continue to spar over Supplemental Nutrition Assistance Program requirements, will mean that Congress will have to start from scratch with new House leadership.

“Adjourning for the year and not finishing the farm bill would be very detrimental to Illinois farmers,” said Lindsay Mitchell, special projects coordinator for Illinois Corn, in a Nov. 15 call to action issued to members urging them to directly contact their Congressmen and women. “You need the safety and stability of a farm bill in this time of low prices, falling incomes and trade uncertainty. With only a few joint legislative days left, farmers need Congressional leaders to compromise on a strong, bipartisan farm bill now. Tell Congress to get it done!”

American Farm Bureau Federation President Zippy Duvall agreed it was time for Congress to get a farm bill across the finish line before the clock runs out. “Farmers and ranchers cannot afford that kind of a delay, especially with so many struggling to hang on and unable to make plans for the next season with a massive cloud of uncertainty hovering overhead,” said Duvall.

PEORIA — The River City will once again play host to the Greater Peoria Farm Show, which returns Nov. 27-29 to the Peoria Civic Center. New show manager Penny Swank, who is replacing the semi-retired Ron Bormaster, says: “The (GPFS) is Illinois’ largest indoor agricultural trade show and one of the biggest events in events of the year at the Peoria Civic Center. With hundreds of exhibits, presentations, free admission, complimentary coffee and rolls and more, it’s a great end-of-year ag event.”

Returning the show will be Iowa State University climatologist Elwynn Taylor, who will present a 2019 crop weather outlook at 1:30 p.m. Nov. 27 and 11 a.m. Nov. 28. Around 300 companies will exhibit more than 1,000 product lines in more than 90,000 square feet of the Civic Center, overflowing the arena, concourse, exhibit halls and other areas of the building.

“With strong support from the community, exhibitors, farmers, and sponsors, the 37th annual GPFS is shaping up to be the best show yet,” Swank said in a news release.

More than 20,000 people are expected to attend the three-day event, which opens daily at 9 a.m. and closes at 4 p.m. Admission is free. Go to www.greaterpeoriafarmshow.com for more information.

HANNA CITY — Among the hundreds of exhibitors and items of interest at the Greater Peoria Farm Show, Dave Copple’s booth — actually, an entire room — stands out in its uniqueness. Copple has been in charge of the farm toy show, housed just outside the Peoria Civic Center exhibition hall, for many years. Many of the “toys” exhibited by Copple carry three- and four-figure price tags, such as Joe Ertl Sr.’s original 1940s, sandcast aluminum toys (with steel at a wartime premium, Ertl utilized worn-out, melted down aluminum pistons), and pre-WW II scale-model pieces forged from hard metal or even — gasp — lead.

“It’s a hobby for farmers and others who remember grandpa’s WD-45 or International Farmall ‘M.’ The 1940s through the 1970s is my niche,” said Copple, of Hanna City, who is a veritable treasure trove of information when it comes to the history of farm implement replicas. He recounted how Ertl, after relocating from Dubuque to Dyersville, Iowa — now the home of the National Farm Toy Museum — set up his first toy production facility in the 1940s. Ertl continued to manufacture toys after the great war, progressing from aluminum to diecast metal toys beginning in the 1950s, and continuing into the 1970s. This is when farm toys began to be manufactured from plastics, signaling the end of the collectible era of scale-model replica toys.

“Joe Ertl Jr. recently passed away, and the Ertl company was sold,” said Copple, who donates a portion of his toy sales revenue from the Peoria farm show to the Peoria County Farm Bureau Foundation for their Ag Literacy program in schools and college agriculture scholarship grants. Make sure to stop by and see Dave at the show if you are interested in the history of collectible farm toys.

WASHINGTON, D.C. — The American Farm Bureau Federation’s annual estimate of the cost of the Thanksgiving Day meal was announced last week, signaling a reduction in the average cost of a turkey-and-trimmings meal for the third consecutive year. The AFBF’s 33rd Turkey Day survey found that the average cost this year for a 10-person feast is $48.90, a 22-cent decrease from last year’s average of $49.12.

“Since 2015, the average cost of Thanksgiving dinner has declined steadily and is now at the lowest level since 2010,” announced AFBF chief economist Dr. John Newton. “Thanks to an ample supply, turkey remains affordable for consumers, which helps keep the overall cost of the dinner reasonably priced as well.”

While this is good news for consumers, the continuous slide in the average meal price reflects, to farmers, the downward price spiral of the USDA Agricultural Prices Index. For instance, turkey cost slightly less than last year, coming in at $21.71 for a 16 ounce bird. At about $1.36 per pound, the cost of the turkey is 3 percent lower than in 2017 and at the lowest price since 2014.