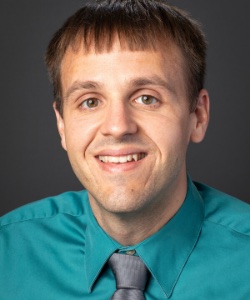 Trent Ford, Illinois state climatologist, says soil temperatures are still ranging as high as 70 degrees in southern Illinois, but are in the 40s in the far north. (University of Illinois photo)

This week’s report includes perspective on the rise of agricultural prices over the past year, a harvest update, and information on new programs to assist rural Illinoisans with farm property transitions and students in beginning agricultural careers. Please read on…

SPRINGFIELD – Prices received for all agricultural goods in Illinois have risen by 22 percent from September 2020, according to the U.S. Department of Agriculture’s (USDA) September Prices Received Index.

The index, released October 29, shows that while the state’s Crop Production Index, at 108.2, was down 1.5 percent from last month, the index rose by 16 percent from this time last year. At 109.0, the Livestock Production Index was unchanged from August but has increased 30 percent from September 2021. The month-to-month overall regression in prices was in part due to lower prices received in September by Illinois farmers for hogs, corn and soybeans, along with a volume change of the marketed commodities estimated by the USDA.

“(Fertilizer is) very expensive (in the U.S.), even more expensive in Europe and just as expensive for Brazilian farmers,” Gulke said. “That has the markets concerned we may not plant as much corn, which made corn prices go up.”

SPRINGFIELD – The Illinois grain harvest was literally bogged down by rain across much of the state during parts of the past two weeks, as soil temperatures continue to cool. However, favorable weather in the early weeks of the harvest season mean that the 2021 harvest is on pace or ahead of average.

Illinois State Climatologist Trent Ford told the Illinois Farm Bureau’s RFD Radio that soil temperatures at the four-inch level on October 25 were in the high 40s in very northwest Illinois, 50s across central Illinois and close to 70 in southern Illinois.

“What we saw at the beginning part of this month was very warm conditions, near record warmth across the state. And that really persisted (with) 4-inch soil temperatures in the 60s and and some cases in the 70s,” said Ford.

WASHINGTON, D.C. – Farm estate taxes, stepped-up basis and farm family property transition issues are on the minds of many American farm families. With roots in the Midwest, Washington-based American Farmland Trust (AFT) is offering experts and training in transitioning farmland to the next generation. Created to support beginning farmers in acquiring existing farmland, AFT’s Transitioning Land to a New Generation program will also assist existing farmers and ranchers whose families wish to transition out of agricultural production.

AFT estimates that one-third of American farmland– around 371 million acres– will transition to new ownership within the next 15 years.

“With a seismic transition of land on the horizon, professionals will be trained to address major barriers for young, beginning and underserved farmers and ranchers – land access and land transfer,” said Julia Freedgood, AFT Director of Farms for a New Generation. “Our resources will include action-oriented activities for trainers and their training participants.”

BLOOMINGTON – Students in high school, trade school and community college programs are being encouraged to explore career opportunities in agriculture through a partnership between the Illinois Soybean Association (ISA) checkoff program and Birddog Workforce Scouting. Their “Behind the Bean” promotion is a series of videos that will feature a diverse group of participants including individuals from non-ag backgrounds  performing jobs with which they have little to no experience or training in order to provide an authentic expectation of the role. According to Birddog Workforce Scouting’s Blake Noland, the idea is to set students on a career path to become the next generation of applicators, mechanics, or operation managers who will continue to help Illinois soybean farmers in the field, on the road, and in the shop.

“The ‘Behind the Bean’ video series is a great opportunity to demonstrate that agriculture is for everyone. The video series presents career opportunities that don’t require students to acquire a burdensome student loan, and instead, offers non-ag individuals access and invitation into this diverse industry,” said Noland, in an ISA news release.

ISA will also be working to host competitions, providing hands-on learning opportunities, and spotlighting schools across Illinois that are providing alternative career paths for students. To view the first installment in the new video series, visit: https://youtu.be/sVgdxTg4tQI.

More than 40 percent of American farmland is owned by seniors 65 and over. (American Farmland Trust)