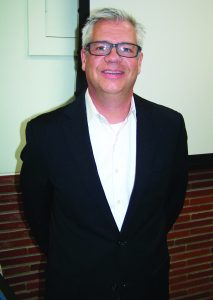 For the week’s top agricultural and rural news for Illinoisans, please read on …

BLOOMINGTON — Illinois’ congressional delegation and top agricultural organizations are expressing their disappointment in Capitol Hill whisperings that President Joe Biden’s administration is planning to pull  its support of the nation’s Renewable Fuel Stanadard. Four Illinois lawmakers are said to have signed a letter admonishing Biden’s administration for considering vacating the RFS, having pledged he would stand with American farmers by reversing ethanol production waivers granted by the previous administration and setting strong production mandates for 2021.

At stake is demand for more than 5 billion gallons of renewable, clean fuels — many of which originate in Illinois corn and soybean fields. The letter, which was publicly endorsed by the Illinois Soybean Growers, states, in part: “Biofuels production is a major piece of the rural economy in our districts, therefore, we strongly urge you to direct your EPA to reconsider the rule to ensure that your administration makes good on these promises to ‘fight for family farmers and revitalize rural economies, by ushering in a new era of biofuels.’”

The Illinois Farm Bureau also expressed dismay in the administration’s rumored plans, saying that eliminating  Renewable Volume Obligations for 2020, 2021 and 2022 would wipe out billions of gallons of ethanol demand and send the wrong message to Illinois farmers and biofuels producers.

“Illinois farmers grow feedstocks for sustainable renewable energy. Those feedstocks are turned into millions of gallons of clean burning ethanol and biodiesel at several biofuels plants around the state. President Biden ran on an agenda that included strong support for biofuels, but right now that support feels weak,” said IFB President Richard Guebert Jr., in a news release.

BLOOMINGTON — The Illinois Farm Bureau sent six members to Washington last week to kibitz with politicians about the Biden administration’s proposed $1.2 trillion bipartisan infrastructure package. They also took time to thank the administration for preserving stepped-up basis within the package, which was rumored to have been under consideration for removal from the federal property transfer tax code. Stepped-up basis readjusts the value of an appreciated asset over a period of time for tax purposes, and is applied to the cost basis of property transferred at death.

Later, the Illinois farmer-leaders attended an in-person meeting with Rep. Rodney Davis, R-Taylorville, and virtual meetings with Sens. Dick Durbin, D-Springfield, and Tammy Duckworth, D-Hoffman Estates. While in D.C. the group also met with other representatives, including House Republican Ag Committee members from both sides of the aisle. (IFB news)

SPRINGFIELD — USDA’s National Agricultural Statistics Service is encouraging farmers to respond online at agcounts.usda.gov, or by mail to their 2021 Crop Production report, which polls farmers across the U.S. for the yield of harvested crops or expected yield for their crops not yet harvested. On Oct. 12, NASS will publish estimates based on these surveys for each crop in each state, along with a national forecast. Prompt response helps reduce costs, according to Mark Schleusener, Illinois State Statistician for NASS.

“USDA-NASS monthly crop forecasts are used by farmers, policy makers, researchers and businesses that use grains,” he said. “NASS relies on Illinois farmers to provide the data needed to make those forecasts. Providing timely and accurate agricultural information helps both grain producers and users.” Results of the survey will be available online at www.nass.usda.gov/Publications beginning Oct. 12.

It appears that Illinois farmers will be harvesting a great looking crop in 2021, despite some late-season setbacks in quality for crops in certain regions due to prolonged dry and hot weather. In other areas, however, the heat only served to dry down corn kernels in time for an earlier-than-usual harvest.

AFT: Bright side of NLRS report

SPRINGFIELD — Bad news from the 2021 biennial report on Illinois’ Nutrient Loss Recution Strategy (NLRS): Nitrogen-nitrate losses increased about 13 percent, while phosphorus losses increased about 35 percent above previously established baselines. But according to Max Webster, Midwest policy manager for American Farmland Trust, these numbers don’t tell the whole story. The report includes two specific examples and places where there has been a lot of progress that we need to continue to build upon, Webster said in a blog post. “The first example includes new insight into the role that climate change is playing in driving nutrient loss. The second area provides a number of recommendations for stakeholders and decision-makers to follow to ramp up investment to where it’s needed and correct negative trends before the interim goal of 25 percent phosphorus reductions and 15 percent nitrogen reductions by 2025.” he said.

The full 2021 NLRS Biennial Report can be viewed at   https://www2.illinois.gov/epa/topics/water-quality/watershed-management/excess-nutrients/Pages/nutrient-loss-reduction-strategy.aspx.