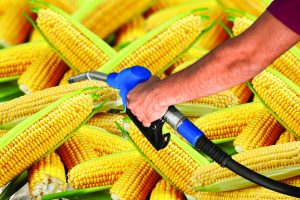 Illinois Corn is among the farm commodity groups in Illinois excited about the potential for expanded E15 sales, along with legislation that would increase the state’s biotech profile.

This week’s farm and rural news roundup offers news about a potential move to year-round sales of E15 ethanol blends as a way to cut fuel prices for consumers. We also have news about state legislation that would boost Illinois’ biotech profile, and a look at 2021 crop production costs. Please read on …

BLOOMINGTON — As a further part of President’s Biden’s plan to make E15 ethanol fuel blends more widely available to U.S. motorists, the USDA awarded $5.6 million in Higher Blends Infrastructure Incentive Program funds to fuel facilities across seven states. The infrastructure investment will expand the availability of renewable fuels by 59.5 million gallons per year, according to analysts. It would also open the doors to year-round E15 sales, something Biden said could be on the table.

As part of the incentive program, Illinois-based Power Mart Express Corp. will receive a $2.9 million grant to replace 293 dispensers and 30 storage tanks at 15 fueling stations in Chicago, Maywood, Cicero, Des Plaines and Wilmington, according to the Illinois Farm Bureau. This project, by itself, is estimated to increase ethanol sales by 17.5 million gallons per year.

U.S. Rep. Cheri Bustos, D-East Moline, added: “With Putin’s price hike driving high gas prices nationwide, it’s essential that we take action to cut prices at the pump. Today’s emergency action from President Biden to allow summer sales for E15 is the right choice for consumers, family farmers and our rural communities. By blending our fuel with homegrown ethanol, this decision will reduce our dependence on foreign oil, bolster our domestic fuel supply, support jobs in the Heartland and save consumers up to 60 cents per gallon.”

Biden came to the John Deere plant in East Moline last week to announce the wider availability of E15, saying that reestablishing year-round E15 sales should save consumers 5 to 10 cents per gallon. (IFB news)

BLOOMINGTON — A state bill that is currently awaiting the signature of Illinois Gov. J.B. Pritzker could position Illinois as the premiere location for industrial biotechnology companies and innovation. SB 1693, the Illinois Industrial Biotechnology Partnership Act, sponsored by Lance Yednock, D-Ottawa, and Sen. Scott Bennett, D-Champaign, capitalizes on previous investments in Illinois’ biotech research and infrastructure to create a public-private partnership to help market Illinois to the growing industrial biotech sector. The Partnership is charged with attracting biotech industries to the state, which has been a past stumbling block in establishing Illinois as an industrial biotechnology leader.

“It is exciting to see the General Assembly acknowledge what we all already know: Illinois has the facilities and the expertise to be a leader in the industrial biotech space. We also have the feedstocks and the drive to create climate-friendly solutions. Corn farmers applaud the renewed investment from our state in the industry,” said Martin Marr, Illinois corn farmer and president of the Illinois Corn Growers Association.

Many of Illinois’ neighboring states are actively recruiting biotech companies, with one company locating in Iowa to produce a biorenewable chemical that was developed in Illinois. The effort to recruit and site new companies within our state could support as many as 15 firms producing new products, offering as many as 6,700 new jobs, $515 million in new earnings for Illinois workers, and as much as $91.5 million in new tax revenue, according to the ICGA. (ICGA news)

CHAMPAIGN — USDA’s Natural Resources Conservation Service announced last week it will work with agricultural producers and partners such as Quail Forever to increase adoption of targeted conservation practices that are good for farmers, the bobwhite quail and natural resources. The program’s framework leverages conservation efforts on working lands while supporting the Biden administration’s America the Beautiful initiative. The new plan will help guide voluntary conservation work over the next five years across 25 states, including more than 7 million acres of new conservation practices on productive, working lands, making the U.S. and Illinois leaders on climate change mitigation, adaptation and resilience.

“When we manage for bobwhite habitat, we can also create healthier forests and forage, which is good for livestock producers, landowners, and natural resources,” said Ivan Dozier, NRCS state conservationist for Illinois. “This new framework builds on what we know — that America’s agricultural producers using conservation practices are helping declining species like the bobwhite while also providing food and fiber and conserving our resources for future generations. In the face of weather extremes, as well as habitat loss and fragmentation, expanding efforts to conserve landscapes and wildlife communities is more important than ever.”

Farmers, livestock operators, and private landowners in Illinois can work with NRCS to implement the new program on their lands. To learn more, they should contact their local USDA Service Center. (Illinois NRCS news)

URBANA — An example of why farmers were already planning to plant more soybean acreage (compared to corn) in 2022 prior to the current spike in anhydrous ammonia costs caused by the war in Ukraine can be gleaned from a recent report on 2021 crop production costs. Last year, the total of all economic costs per acre for growing corn in Illinois averaged $952 in the northern section, $960 in the central section for farmland with “high” soil ratings, $908 in the central section for farmland with “low” soil ratings, and $876 in the southern section. Soybean costs per acre were $704, $716, $660 and $668, respectively, according to an April 15 farmdocDAILY report.

“Costs were lower in southern Illinois primarily because of lower land costs. The total of all economic costs per bushel in the different sections of the state ranged from $4.19 to $4.51 for corn and from $9.94 to $10.67 for soybeans.  Variations in these costs were related to weather, yields, and land quality,” reported Bradley Zwilling, who authored the report: “Cost to Produce Corn and Soybeans in Illinois” — 2021 utilizing data provided by the Illinois Farm Business Farm Management (FBFM) Association.

Production costs per bushel of corn in 2021 as compared to 2020 were higher in all regions of the state besides southern Illinois. (Illinois FBFM/Brad Zwilling)