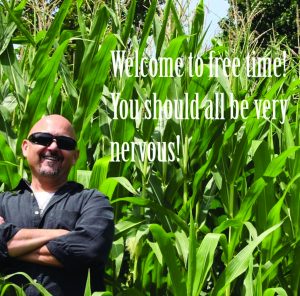 RFD News and Views wishes all readers a merry holiday season and best wishes for 2021!

WASHINGTON, D.C. — Illinois is currently home to 13 ethanol processing facilities. Whether or not all of the facilities survive the economic effects of the COVID-19 pandemic is of pressing concern to Illinois corn farmers and the state’s overall economy.

A Dec. 15 update issued by the Renewable Fuels Association shows the devastating impact COVID-19 pandemic restrictions continue to have on ethanol producers, with losses nearing $4 billion. RFA Chief Economist Scott Richman authored the white paper which shows ethanol production dropped by 2 billion gallons between March and November this year, reflecting a 700-million-bushel decline in the use of corn for ethanol. Richman added that while this report looks at a one-time period, the effects of the pandemic will continue for a long time to come.

The importance of consumers returning to the roads to corn farmers can be illustrated by looking at ethanol corn demand in bushels. In 2017, the most recent year the Illinois Renewable Fuels Association provided data, 684.9 million bushels of corn were utilized for ethanol and ethanol byproduct production. In that year 1.98 billion gallons of ethanol were produced, along with 6.25 million tons of distillers dried grains and solubles for livestock feed.

Ethanol production provided a total economic impact of $5.29 billion, along with 4,000 full-time jobs. Included is $37 million in state or local revenue and $39 million in federal revenue. 2017 ethanol production in Illinois was enough to displace 35 percent of the state’s fossil fuel usage, according to the IRFA.

BLOOMINGTON — The Illinois Farm Bureau has issued its 2020 Environmental Report, a 24-page document showcasing efforts across environmental policy and stewardship.

“As demonstrated in this report, we work on many aspects of environmental policy including water quality, fertilizer and pesticide use, pollinators and the Monarch butterfly,” said Lauren Lurkins, director of environmental policy, IFB. “We deal with changes that come at the state level, at the federal level and sometimes both at the same time.”

Environmental watchdogs have wondered if farmers were keeping up with environmental safeguards under the voluntary Illinois Nutrient Loss Reduction Strategy during the COVID-19 pandemic. The IFB’s relationship with national agencies, such as the U.S. Environmental Protection Agency and its Region 5 Chicago office, have helped keep communication lines open and Illinois farmers at the table, Lurkins reported. In 2020, IFB continued this collaboration despite COVID-19 restrictions via regular phone calls, its farmer-leaders, Environmental Advisory Team and environmental staff.

“We make the extra effort to document each speech, article and field day to demonstrate progress for our members, fellow environmental or agricultural stakeholders, regulators, lawmakers, and sometimes even people who are completely unfamiliar with agriculture in Illinois,” said Lurkins. Earlier this month, IFB announced the recipients of its Nutrient Stewardship Grant Program. The program, now in its sixth consecutive year, is a cornerstone of IFB’s work to implement the NLRS. (IFB news)

BLOOMINGTON — To further promote and gauge the results of the 2015 Illinois NLRS, the Illinois Soybean Association is joining the Illinois Corn Growers Association as partners in their Precision Conservation Management program, founded by the ICGA in 2015. PCM combines precision technology and data management with farm business and financials to help farmers manage, adopt, and adapt conservation practices long-term and improve on-farm decision-making.

“Since PCM launched in 2015, we have become a recognized program in our current 16-county service area by helping PCM cooperators strike their own unique balance between environmental stewardship and economic stability,” said Laura Gentry, director of water quality science for Illinois Corn. “This new partnership with ISA represents PCM’s greatest expansion opportunity to date and is a natural extension of the core values of these two grassroots commodity associations, bringing the best of both organizations to the farmers of Illinois.”

The primary goal of PCM is to integrate conservation practices and financial data to help farmers connect specific management changes beneficial to the environment with increases in their bottom lines, while reducing the environmental impact of commercial agriculture on water and soils. (ISA, ICGA news release)

“(Mark is) looking forward to spending more time with the grandkids in his retirement, but his 33 years of work on behalf of corn growers, first in Illinois and then nationwide, will never be forgotten,” Zimmerman noted in her column last week. In a Facebook announcement Lambert stated, “I have spent 44 years, first as a journalist and then a communications director, working with the nation’s family farmers. In an era when we are all so distant from the land, the farmers who care for it, and the hand that feeds us, it seemed a noble task to try to close the gap and build understanding.”

On a personal note, Mark was very instrumental in guiding my own professional development as an agricultural news reporter. His support for my work in this industry gave me the confidence to tackle the big issues and locate the right sources, while his confidence in me buoyed my own and inspired my development in the industry. Whenever I needed clarification on an issue before tackling it professionally, Mark was always there for me. Thank you, friend. Mark’s retirement will be official Jan. 15.

$3.8 billion worth of Illinois corn was purchased by Illinois ethanol facilities in 2017. (IRFA)