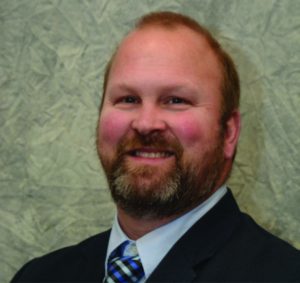 This week’s headlines include reports on record U.S. pork exports, the newly elected president of the Illinois Pork Producers Association, the effects of variable weather on herbicides, and more …

“We saw a huge buying pattern by China, and that demand is not over yet,” said Brett Stuart of Global Agri-Trends, during a recent National Pork Board webinar. “Tailwinds are blowing for U.S. pork exports in 2021.”

SPRINGFIELD — With continued good news on the horizon for U.S. pork exports, Altamont pork producer Alan Kollmann was elected to serve as 2021 president of the Illinois Pork Producers Association. A third-generation farmer from Effingham County who has served in the IPPA officer rotation for the past three years, Kollmann was elected during last week’s IPPA virtual annual meeting.

IPPA delegates also elected their 2021 officer team. Thomas Titus of Elkhart will serve as president-elect, Chad Leman of Eureka will serve as vice president and treasurer, and Cheryl Walsh of Princeville was elected as IPPA secretary.

IPPA delegates also recognized the Brazinski family, of Coulterville, as the IPPA Family of the Year. The Brazinski Pork Farm produces 34,000 market hogs per year and maintains a crop rotation of corn, soybeans and wheat. In addition to operating the pork farm, Jim Brazinski is president of pig production companies Grand View Farm and Grand Tower Farm. He serves in the same role for service agency Corn Silk LLC. Brazinski graduated from SIU Carbondale in 1984 and began expanding his family’s 1920’s-era farm operation by constructing more pig barns on the property. In 2006, the Brazinskis joined a sow farm to their operation to improve the consistency of their pig flows and to be able to raise larger groups of pigs of the same age. (IPPA news)

URBANA — According to a joint study between University of Illinois and USDA-ARS, recent variable weather patterns in springtime means common pre-emergence herbicides are less effective. Particularly in periods of heavy precipitation, farmers have less weed control at the beginning of the season and are increasingly forced to rely more heavily on post-emergence herbicides or risk yield loss.

“We’re having more variable precipitation, including conditions where folks aren’t able to plant because fields are too wet. In those cases, pre-emergence herbicide applications are getting pushed back into a period that is consistently drier,” said Marty Williams, a USDA-ARS ecologist and affiliate professor in the U of I Department of Crop Sciences who co-authored a recent article on the topic.

The study shows that while drier weather may be better for getting equipment onto the field for planting, it can be a big problem for pre-emergence herbicides. Utilizing data spanning 25 years and 252 unique weather environments, Williams and his team found most pre-emergence herbicides needed 5 to 15 centimeters of rain within 15 days of application; otherwise weed control rates plummeted.

“We already knew some rain after application was critical for the herbicide to move into the soil, but we didn’t know how much or when,” Williams says. “As we look to the future, having more variable rainfall and potentially increasing the frequency of falling below a critical rainfall threshold is problematic.” The article, “Future efficacy of preemergence herbicides in corn (Zea mays) is threatened by more variable weather,” is published in Pest Management Science.

Niver has been a CCA since 2012 and works as a Technical Agronomist for DEKALB and Asgrow in East Central Illinois. He received his bachelor’s degree in Ag Systems Management from The Ohio State University in 2007, and his master’s degree in Crop Science from the University of Illinois in 2009.

In addition to the Soybean Master Adviser Award, the Illinois Soybean Association introduced a new award in honor of past CCA Soy Envoy Dave Rahe of Hillsboro, who passed away suddenly in April 2020. Rahe, a CCA Soy Envoy in 2019, was passionate about soil management and spent the majority of his career specializing in the field. G. Kelly Robertson of Benton was selected for the inaugural Dave Rahe Excellence in Soils Consulting Award, which recognizes an Illinois CCA nominated for their excellence in soils consulting within Illinois soybean production systems. Robertson is owner and lead agronomist at Precision Crop Services, LLC, and a certified professional agronomist who has been a CCA since 1994.

“It’s an honor to be recognized for an award named after Dave,” said Robertson. “He and I were friends and we visited almost on a daily basis. He would come down and help me out when we needed some extra help in the field and I would help him out with technology questions and things like that. We had a really good relationship and used each other as a sounding board for business and working with customers. To be recognized for an award named in his honor is special.” Congratulations G. Kelly and Randy! (ISA news)

There are just 101 registered producers of red raspberries in Illinois. (2017 US Census of Agriculture)