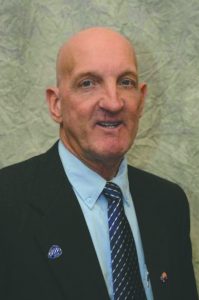 Illinois growers will plant a large increase of soybeans in 2021, the latest Farm Futures planting intentions survey shows. Also in this week’s farm and country news roundup, Illinois corn farmers are celebrating a key EPA decision to deny petitions for small refinery exemptions, perhaps boosting future demand for their product. In addition, the state’s pig farmers laid out their political agenda last week, and our soybean growers are looking to increase exports to Pakistan. For more on these developments, please read on …

ST. CHARLES — The Farm Progress Show has historically been the venue for the release of Farm Futures’ annual planting intentions survey of farmers. This year, survey results were unveiled as part of the first Farm Progress Virtual Experience (FPVX), held online Sept. 15-17 due to the ongoing COVID-19 pandemic. The August 2020 survey showed that farmers would plant slightly less corn acreage in 2021 due to demand loss and a recent uptick in soybean demand.

Based on survey results, Farm Futures projects U.S. corn acreage at 91.8 million acres, a reduction of 0.3 percent from USDA’s 92 million acre estimate for 2020. Soybean acreage would see a 4.9 percent acreage gain, from 83.8 million acres in 2020 to 87.9 million acres next year.

In addition, Farm Futures survey respondents said they would shift from spring wheat acreage to winter wheat. If realized, this would reverse a seven-year trend of shrinking winter wheat acres. According to Farm Futures grain market analyst Jacqueline Holland, a lower dollar and increased demand for past amid the coronavirus pandemic reignited both domestic and international demand for U.S. wheat.

CHICAGO — The Illinois Soybean Association is exploring the opportunity to increase exports of Illinois-grown soybeans to emerging countries that are increasing their demand for proteins and soybean meal. High on their list is Pakistan, which has substantially increased its purchases of U.S. soybean products in the past year.

“Demand is expected to continue to grow, specifically in the poultry industry,” said Rick Rubenacker, ISA market development committee chairperson. “Pakistan’s poultry meat production is expanding, and soybean meal is a key feed ingredient. Producers are increasing their meal inclusion rates in poultry feeds, approaching the international standard of 35 percent. As Pakistan increases production capacity at its soybean crushing facilities, the U.S. will have an even greater opportunity to export soybeans to the country.”

Pakistan is the world’s sixth most populous country with a growing middle class and rising animal protein demand, according to the ISA, whose leaders recently met with Pakistani trade officials in Chicago.

“We want the Pakistanis to know that Illinois soybean farmers are open for business and ready to meet their increasing food and feed demand,” said Rubenacker, a soybean farmer from McLeansboro. “Illinois farmers produce a consistent, high-quality soybean crop, and we discussed with the delegates the edge that gives us over our competitors to efficiently fill their various market needs.” (ISA news release)

BLOOMINGTON — The Illinois Farm Bureau is among those celebrating the U.S. Environmental Protection Agency’s decision last week to deny dozens of petitions for small refinery exemptions that run contrary to congressionally mandated Renewable Fuel Standard obligations. The exemptions had been a point of contention for corn farmers for the length of the Trump presidency.

“Our association fought hard to establish the RFS and strongly opposes the oil industry’s never-ending quest to chip away at its foundation,” said IFB President Richard Guebert Jr. “EPA’s ruling is consistent with a recent federal court of appeals decision, and we hope the agency will continue to resist any future efforts to undermine the law.”

U.S. Rep. Cheri Bustos of Illinois applauded the EPA directive while cautioning farmers to not give credit for the decision where it’s not due. “In the wake of broken promises, this administration does not deserve praise for respecting the 10th Circuit Court’s ruling, but after 3½ years of undercutting biofuels demand, I’m glad to see President Trump at least commit to not causing further harm.” (IFB news)

SPRINGFIELD — The Illinois Pork Producers Association and the National Pork Producers Council are advocating for a COVID assistance package that includes compensation for euthanized and donated hogs, additional funding for animal health surveillance and laboratories, modification of the Commodity Credit Corporation charter to allow pandemic-driven national emergencies to qualify for funding, additional funds for direct payments to farmers and an extension of the Paycheck Protection Program with farmer-specific modifications.

In addition, the organizations are seeking a U.S.-U.K. free trade agreement that eliminates all tariff obstacles, a transfer of regulatory oversight of gene editing in animals from the US Food and Drug Administration to the USDA and timely reauthorization of the Livestock Mandatory Reporting Act, which expires Sept. 30.

The priorities were shared with lawmakers via virtual meetings last week as part of the fall NPPC Legislative Action Conference. “These conversations that Illinois pig farmers are able to have with members of our congressional delegation are critical in expressing what is happening to our industry and our farms,” said Dale Weitekamp, IPPA president, in a news release. “Even though our group couldn’t host these meetings in person, we have still had productive conversations.”