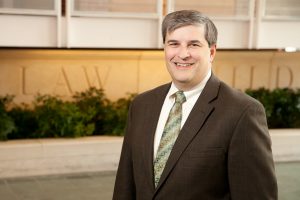 Are we likely to see a rash of consumer bankruptcies in the U.S. due to the COVID-19 pandemic?

It’s hard to say what’s going to happen. Most everyone expects consumer bankruptcies to increase, and I think that’s probably right. The question is what the shape of the curve will look like. Will it be a gradual and steady increase, or will it be a sharp spike?

I doubt there will be a surge in consumer bankruptcy filings in the next few months. There is a foreclosure moratorium on all federally backed mortgages, which are two-thirds to three-quarters of all mortgages. Student loan collections have stopped. There is a lot of support for state moratoriums on debt collections and rent evictions. All of these initiatives will reduce the immediate pressure for people to declare bankruptcy.

In the long run, more people will file bankruptcy as their financial problems accumulate. One thing we know from our research is that most people say they struggled financially for two to five years before filing bankruptcy. Most people wait and try to weather the financial storm before filing. Also, it makes little sense to file bankruptcy if debts are only going to continue accumulating even after you file. For these reasons, it may be after economic recovery when we start seeing a surge in bankruptcy filings.

Are there any parallels or lessons to be learned from how bankruptcies were handled during the Great Recession?

Historically, increases in bankruptcies haven’t always coincided with recessions. For example, the high-water mark in the U.S. for bankruptcy filings was in the late 1990s when the economy was booming.

When you think about the current situation, it’s just so unprecedented. There’s no past analog that we can look to as a model for how the consumer bankruptcy system is going to be affected. The financial devastation of the Great Depression unfolded over many years. The closest precedent is the Spanish flu pandemic of 1918, but the consumer credit system didn’t exist then like it does today. When it comes to making predictions about consumer debt and the pandemic, there is no historical precedent on which to draw.

Is the consumer bankruptcy system as currently constructed ready to potentially handle an influx of new filings?

Among bankruptcy professionals, there certainly has been discussion about gearing up for a surge in consumer bankruptcies, but again, we just don’t know the timeline for when we might see this surge. Also, there is a lot of slack in the consumer bankruptcy system right now in terms of capacity. Before the pandemic, we were at historically low levels of bankruptcy filings, suggesting there is capacity in courtrooms and law offices to add cases.

The Coronavirus Aid, Relief, and Economic Security Act will provide many Americans with a one-time cash payment to help cover household expenses – i.e., rent, food, utility bills. How will these stimulus payments affect debtors going through the bankruptcy process? Can they be seized?

Yes, the funds can be seized. The CARES Act itself has no protections for stimulus payments from creditors. If there is a garnishment order against a bank account, a creditor could seize those funds.

Some banks have said they’re not going to seize funds to pay debts owed to the bank itself, but they would have to obey a garnishment order from an outside creditor. The Treasury Department easily could have protected the stimulus payments from creditors in the same way that Social Security payments already are protected. It would’ve been a very simple administrative fix, but for whatever reason, policymakers chose not to do it.

Since Treasury didn’t do that, the stimulus payments are just like any other money coming into the bank. If the bank or some other creditor wants to seize the payment, it may be able to do so. There are protections for the stimulus payment in a bankruptcy case, but outside of bankruptcy, the general rules apply.

The CARES Act provides some other measures to help consumer debtors in bankruptcy. Are those likely to be enough, or will we likely see further measures the longer the economy continues to stagnate and shed jobs?

The CARES Act’s changes to the bankruptcy law were helpful but very limited. The most significant change was to allow debtors in bankruptcy who were affected by COVID-19 to pay creditors in a Chapter 13 plan over seven years instead of five. A more useful change might have been to limit how much a debtor had to pay, instead of just making them pay for longer. The change also only applies to cases already in the bankruptcy courts and will not apply to cases filed in the future. It is likely there will be further changes to the bankruptcy laws as the crisis unfolds, the most significant of which will make it easier for consumers to pay their attorneys.