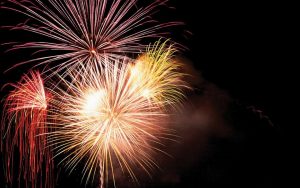 Fourth of July fireworks shows have largely gone by the wayside, but there are still a handful of communities planning to stage shows. (Photo courtesy of city of Columbia)

The scarcity of community fireworks shows is about to turn the Fourth of July into a do-it-yourself holiday.

While fireworks displays by unlicensed or amateur users is illegal in Illinois, that hardly prevents treks to northwest Indiana and Wisconsin to load up on firecrackers, rockets, roman candles and other pyrotechnic items.

“Due to the COVID-19 pandemic, many communities have canceled their displays,” said state Fire Marshal Matt Perez in a recent statement. “This is raising concerns about an increase in use of novelty fireworks and illegal fireworks in Illinois.”

Inexperienced users handling fireworks had a predictable result last year. Perez reported that 126 people were injured and one killed in Illinois between June 23-July 20, 2019.

Many are worried those numbers could jump significantly in 2020 if there’s an increase in launching fireworks from back yards, streets, parking lots or fields.

Early evidence suggests increased fireworks use in the Chicago area in the run-up to Independence Day.

“We are concerned that people will resort to lighting fireworks in their back yards,” Perez said. “It is important to remember fireworks are dangerous and should only be used by someone who has a permit and the proper training.”

Violators of the Illinois Explosives Act could face up to five years in prison and a $10,000 fine. But anecdotal evidence suggests that arrests for shooting off personal fireworks are not common.

The website for Phantom Fireworks, among an estimated 100 vendors in northwest Indiana and Wisconsin, outlines what is permitted in Illinois and what is not. 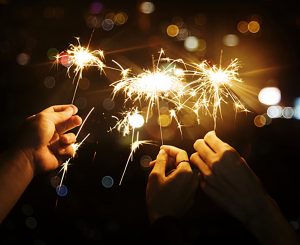 Sparklers are permitted but other pyrotechnics are illegal under Illinois law.

But fireworks vendors who promote their wares with huge billboards aren’t checking license plates of potential buyers nor are they barring any customers.

While Illinois is moving into Phase 4 of reopening and a loosening of COVID-19 restrictions, scores of community festivals, parades and fireworks shows have already been called off in all but a handful of communities.

The website FireworksInIllinois.com, usually the go-to location for information, has been largely silent due to the health of its operator and a dearth of shows.

“I just got out of two stays in the hospital (non-COVID-19 related) — so I’m running late anyway,” wrote Meg Geddes, who operates fireworks sites covering Illinois and seven other states. “Every conceivable sporting event is questionable at best, or outright canceled. Groups or gatherings are still either advised against, or banned. A ton of festivals and fireworks events are already canceled, and I’m getting more notifications every day.”

Chicago, which usually hosts one of the biggest July 4 shows, called off its annual lakefront performances as well as smaller twice-weekly events. But a handful of other communities are going ahead with shows, although with safety and health considerations in mind.

Naperville — The city, park district and Naperville Responds For Veterans have moved a July 4 show from Knoch Park to Frontier Sports Complex, 3380 Cedar Glade Drive. The display is scheduled from 9:30-10 p.m. Attendees can watch from a field within the park or from their vehicles in one of the 906 parking spaces at the complex. An additional 1,000 parking spaces will also be available at nearby Neuqua Valley High School. Spectators are encouraged to practice social distancing at all times. NCTV17 will also provide a live broadcast.

Romeoville — The village plans fireworks shows from three different locations at 9:30 p.m. on July 3, enabling residents to watch at least one of the shows from their homes. Sites include: Volunteer Park, 1100 Murphy Drive, Lukancic Middle School, 725 Normantown Road, and Discovery Park, 300 S. Highpoint Drive. Parking lots at each site will be closed for the day.

Schaumburg — After scheduled shows on July 3 and 4 sold out, Schaumburg Boomers baseball added a July 2 date for their Drive-In Fireworks event. The west parking lot will open at 7:30 p.m. and events will follow all local and state safety and social distancing guidelines. Tickets, which must be purchased in advance and printed at home, start at $20 per car for parking lot viewing. There are also options for in-stadium dining and in-stadium luxury suite viewing. Visit www.boomerbseball.com for more information and ticket purchases.

Orland Park — The village plans a concert at 7:15 p.m. and a fireworks show at 9:30 p.m. at Centennial Park, 15600 West Ave, Orland Park. In a statement, the village said the area large enough for social distancing and discouraged groups larger than 10 persons. Only vehicles with a current Village of Orland Park sticker will be permitted access to parking lots. The show will remove low-level fireworks and instead feature higher altitude fireworks so that residents can view displays from home.

McHenry — Residents are encouraged to watch from homes as the city launches shows from Knox Park/Municipal Park and in the area of Fox Ridge Park starting at 9:30 p.m. on July 4. No pedestrian or vehicle traffic will be allowed near the sites.

Central Illinois  — Two Woodford County communities will host fireworks shows. Roanoke plans a July 3 show according to a statement from Village President Michael Smith. Minonk has a full slate of Independence Day events starting with a 10 a.m. parade, plus food and music, a craft show and fireworks at dusk. The Mason County town of Havana has scheduled a show at Havana Junior High School. Viewers are asked to remain in vehicles.

Fireworks displays and some local celebrations will take place across the Metro East region over the holiday week:

Kids decorate their bikes for the Fourth and join the Bike parade followed by activities at Metter Park, Main Street, Abbey Parking Lot from 10 a.m. to noon.

The city of Edwardsville will hold fireworks beginning at 9:15 p.m. at Edwardsville High School, near the running track.  Those who come to the school grounds to watch the fireworks will be required to stay inside or right by their vehicles to maintain groups of 10 or less for meeting social distancing guidelines of at least six feet between groups.

The event is organized by the city of Edwardsville, Edwardsville High School and American Legion Post 199.  Listen along with the SIUE radio station.

The Parks and Recreation Department hosts Family Fun Fest at Robert E Glazebrook Park located at 1401 Stamper Lane, Godfrey, beginning at 5 pm with activities continuing through until the fireworks at 9:15 pm.

Due to the unfortunate circumstances of COVID-19 the Park District will not host its annual Patriots in the Park. However, the district is asking residents to display their patriotism by posting photos of their yard displays to the Granite City Park District Facebook page.

The City of Highland Park and the Park District of Highland Park canceled the annual in-person Fourth of July celebrations due to COVID-19 health concerns.  But offer ways to engage in online community events and patriotic symbols. https://www.cityhpil.com/resident/city_sponsored_events/fourth_of_july_parade_and_celebration.

The City of Mascoutah will be hosting the Fourth of July fireworks beginning at 9:30 p.m. in the Dog Park parking lot (Scheve Park, Harnett and Sixth streets). Allowed viewing and parking sites will be provided as the event nears. Go to https://www.mascoutah.org.

Judy Harvey contributed to this story.